I have spent most of the month at my son’s house building fences, laying turf, building a raised vegetable garden ect. The end (almost) product is looking good, still a fair way to go but at least the red soil is now covered in grass and the house will stay a lot cleaner. 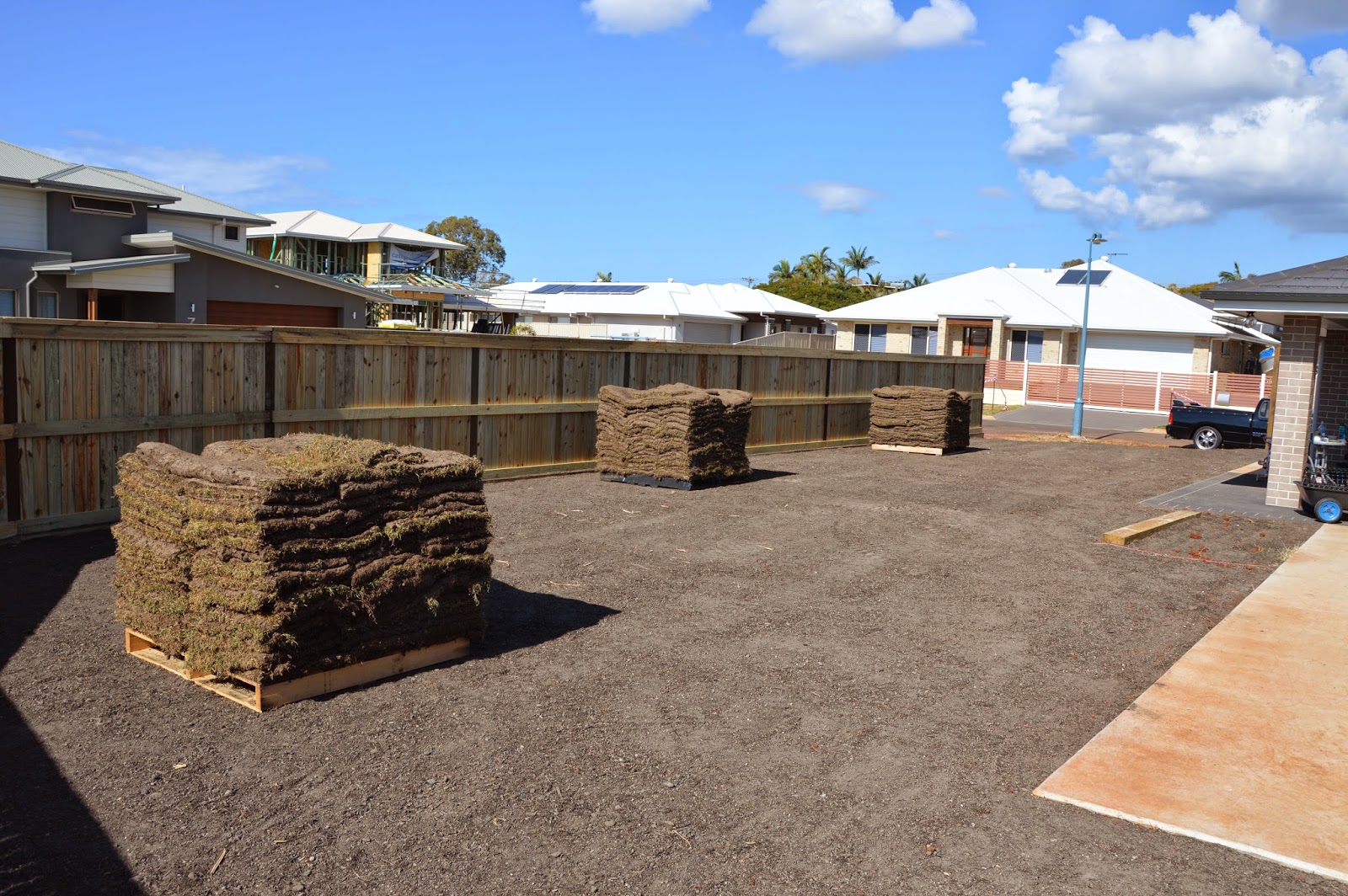 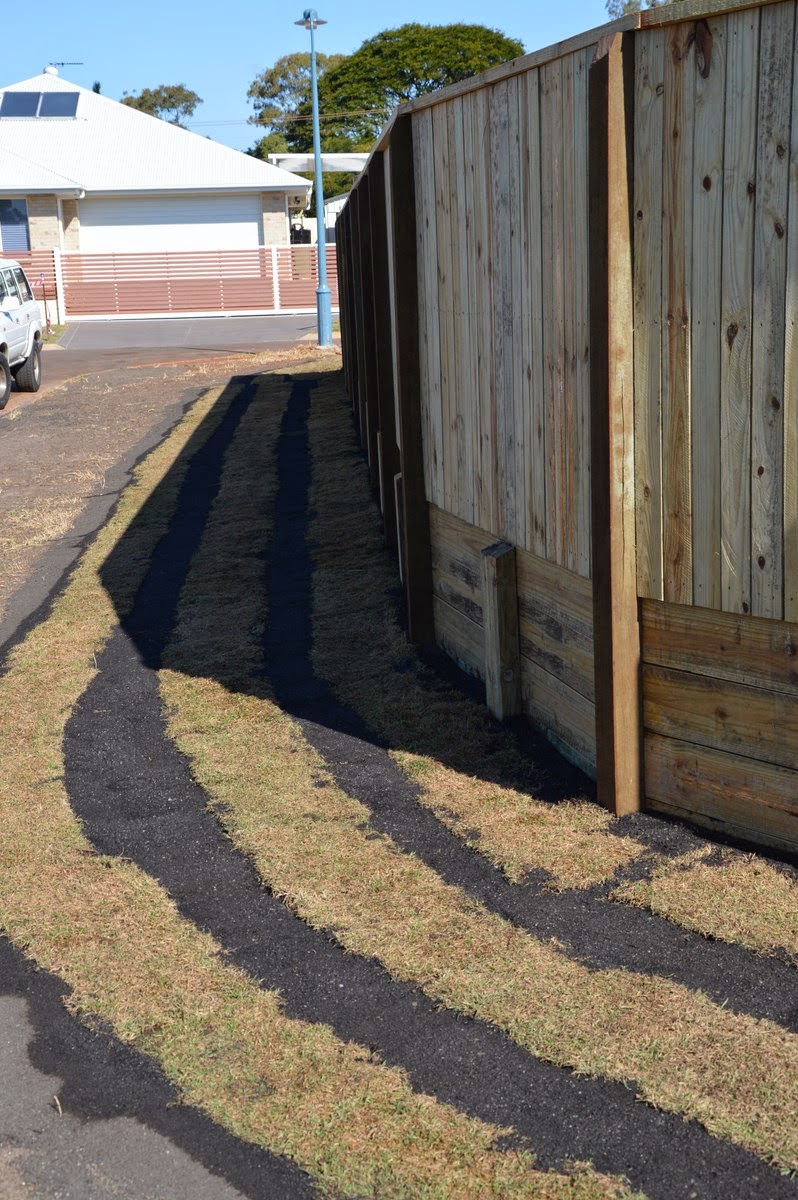 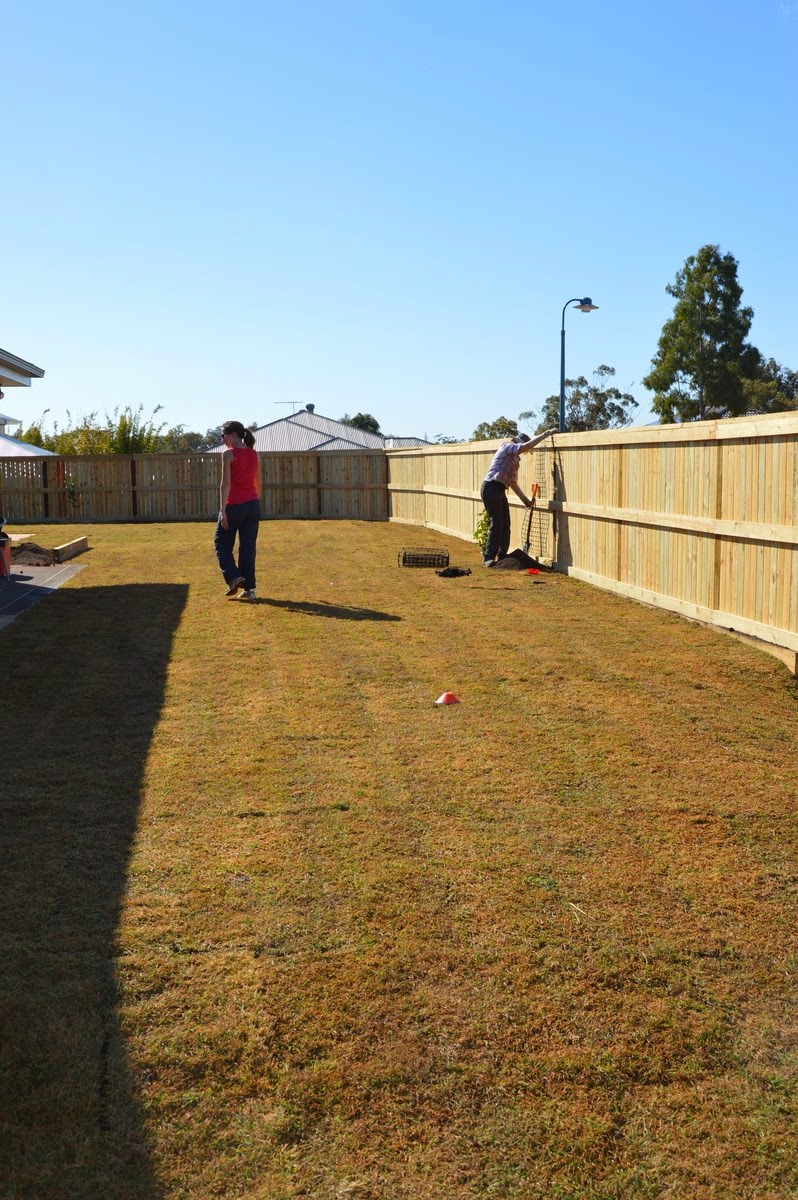 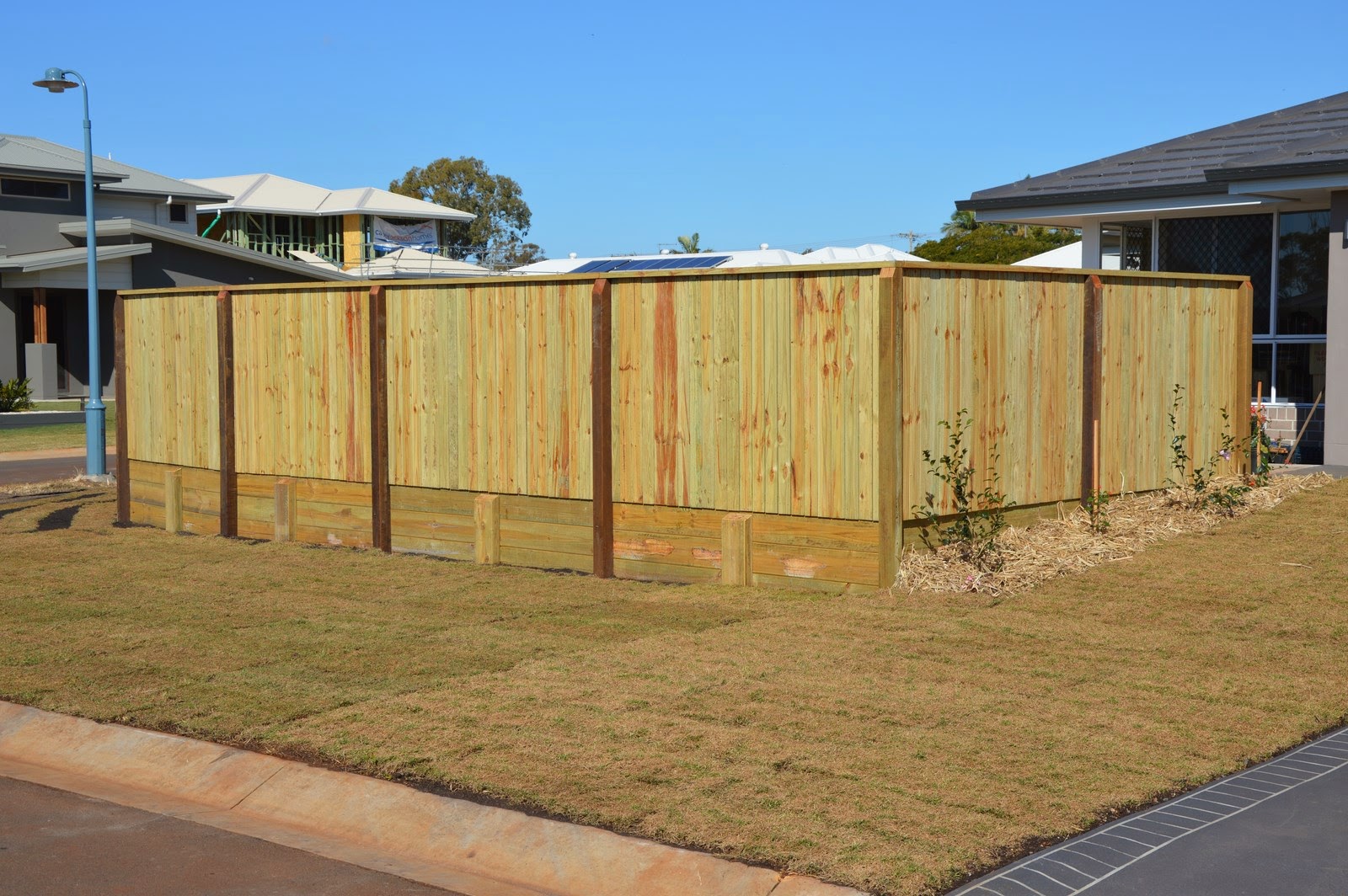 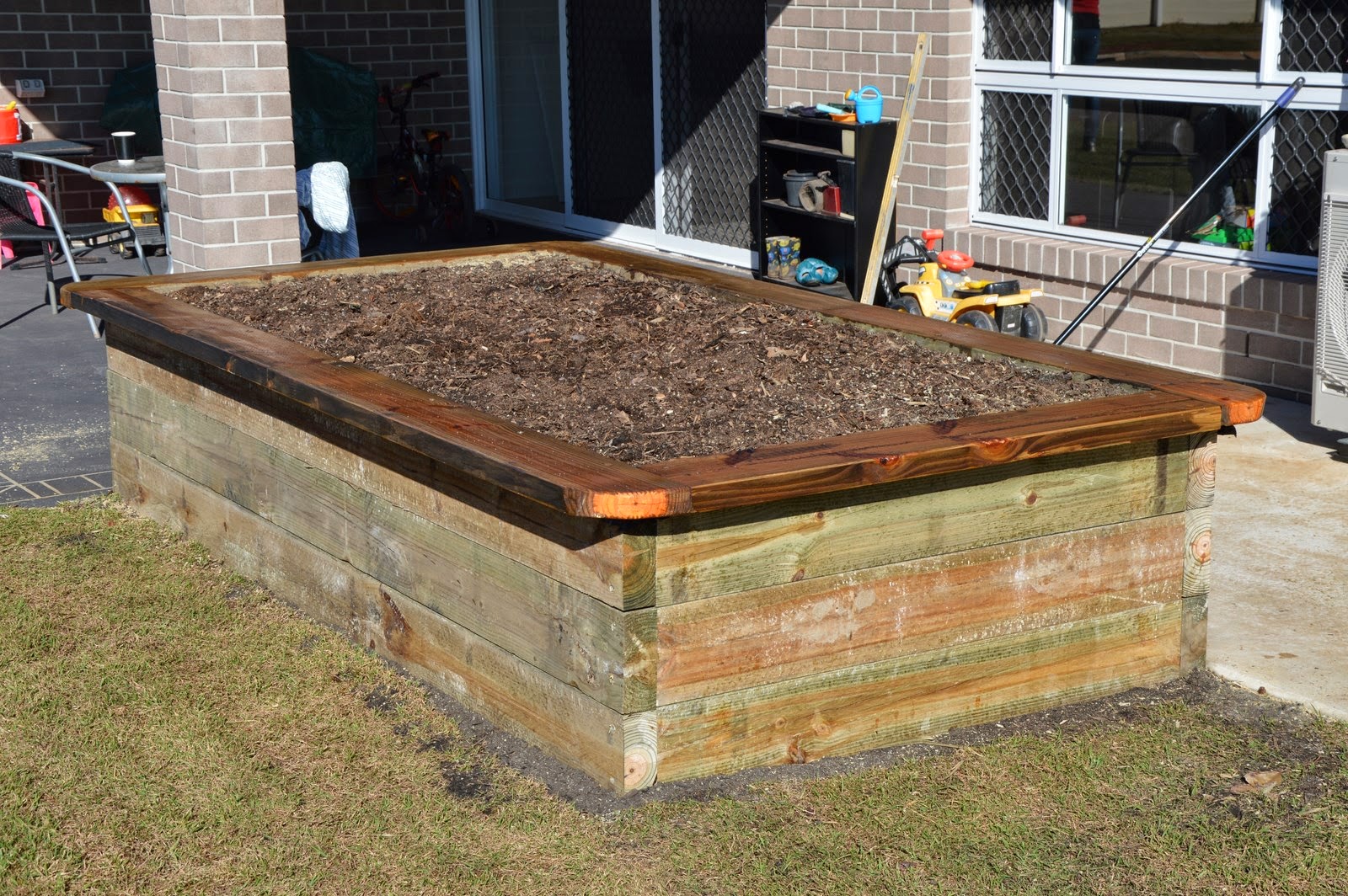 I ended up putting 'aussieblue' turf down, it arrived slightly frosted but came good.We started off the month with my third garden presentation to ‘Ormiston Garden Club’, that was the only presentation for July.
Our yearly trek to the garden Expo at Nambour was great as usual and we found some rare plants to bring home, it’s really well worth a visit.
I have had a few sessions with the dentist having three crowns and a bridge fitted, the worst part is still to come, that’s when I pay him.
The Cordyline Society held their July meeting at ‘Palms for Brisbane’ and as usual it was a nice friendly meeting.
In between all of this I still found time to do a couple of projects in my own yard and have another one planned. 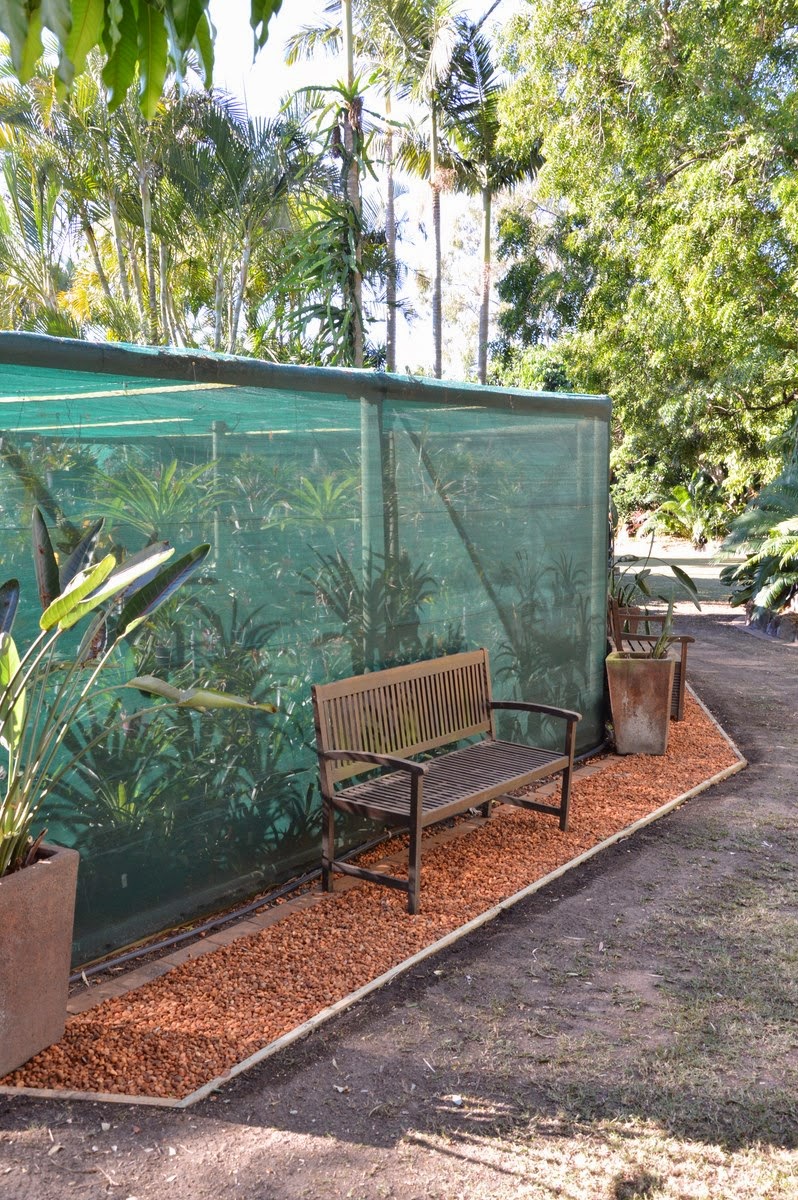 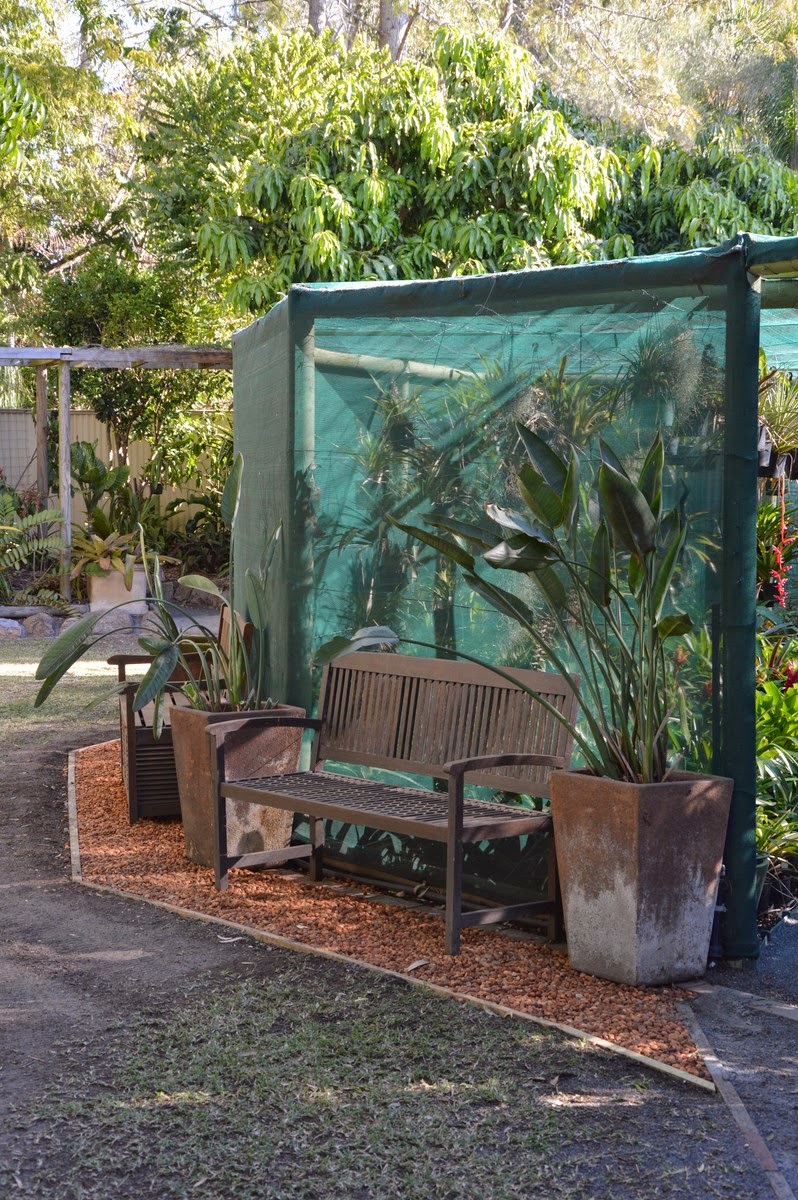 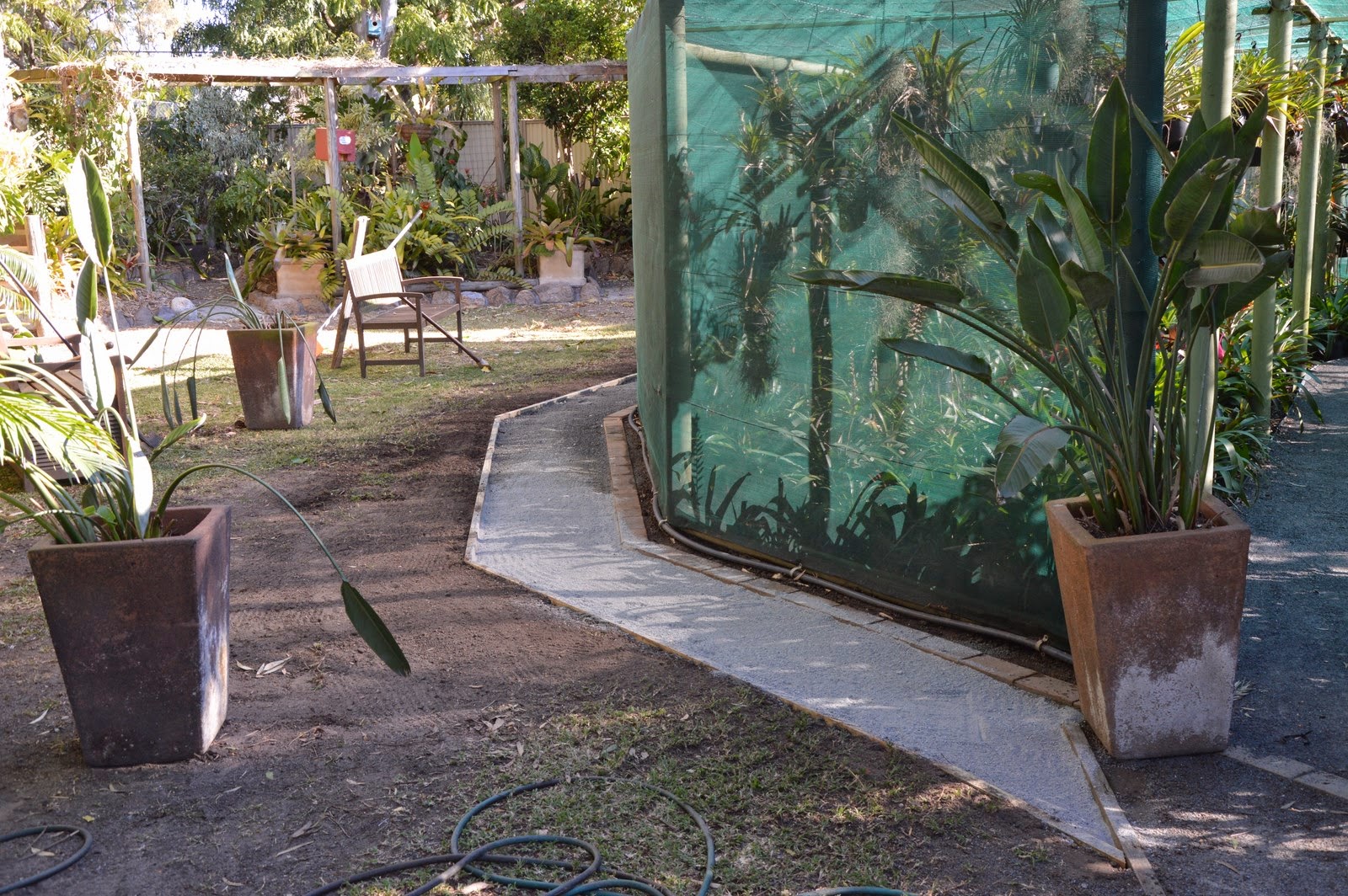 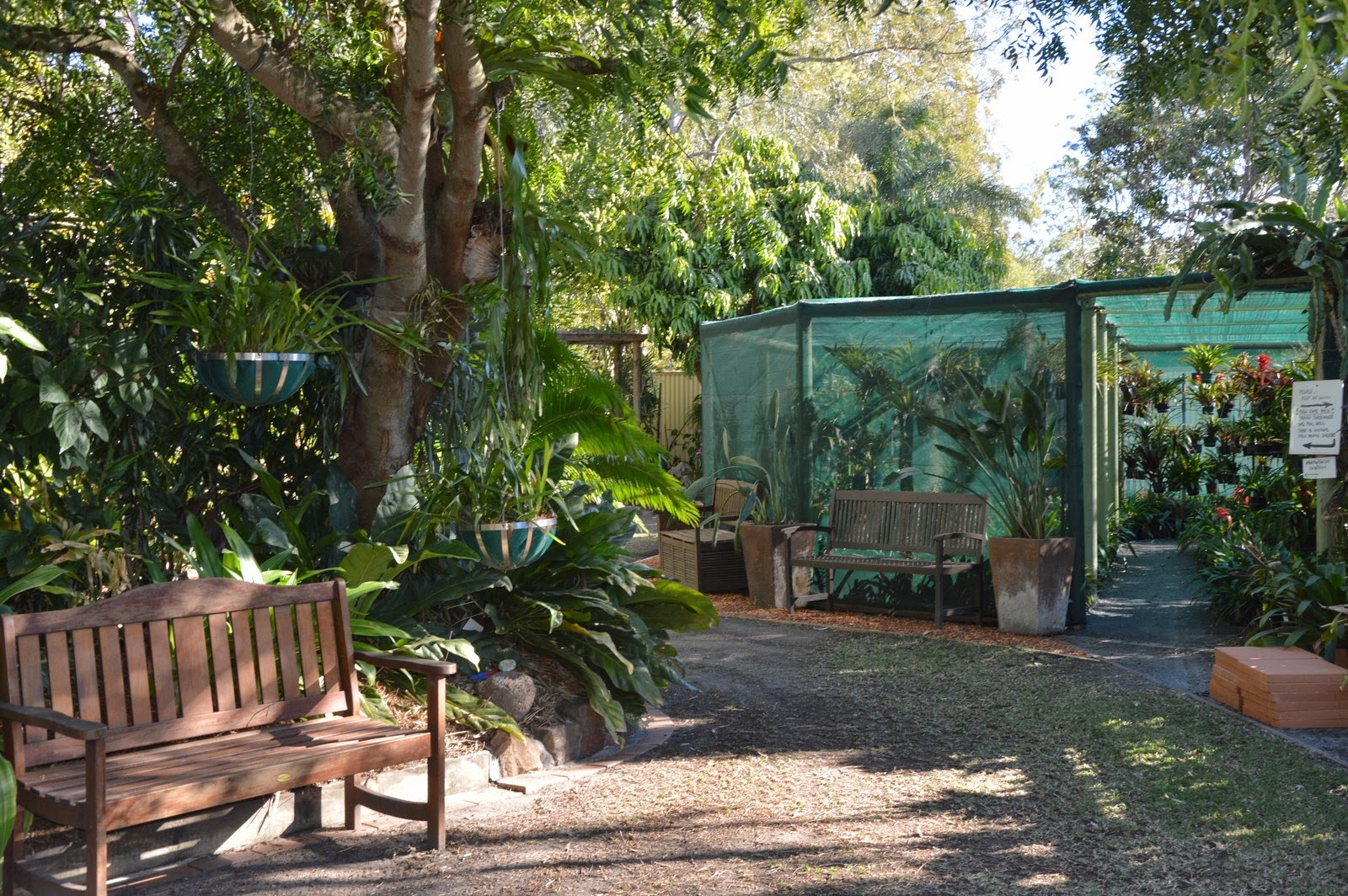 I will be laying paver's with grass in-between where grass has not survived the 'great dry'.

After only raining three times in 12 months we finally had a small shower late July, it was 20 mills and every single drop counted.
It has been the coldest winter here that I can remember; the temperature went down to 2.4 degrees one morning.
The tropical plants have been hit hard with the dry and the cold, most of my gingers have lost all the above ground growth, just hope the rhizomes will sprout again.
My poor Heliconia Lingulata hit by cold and wind. 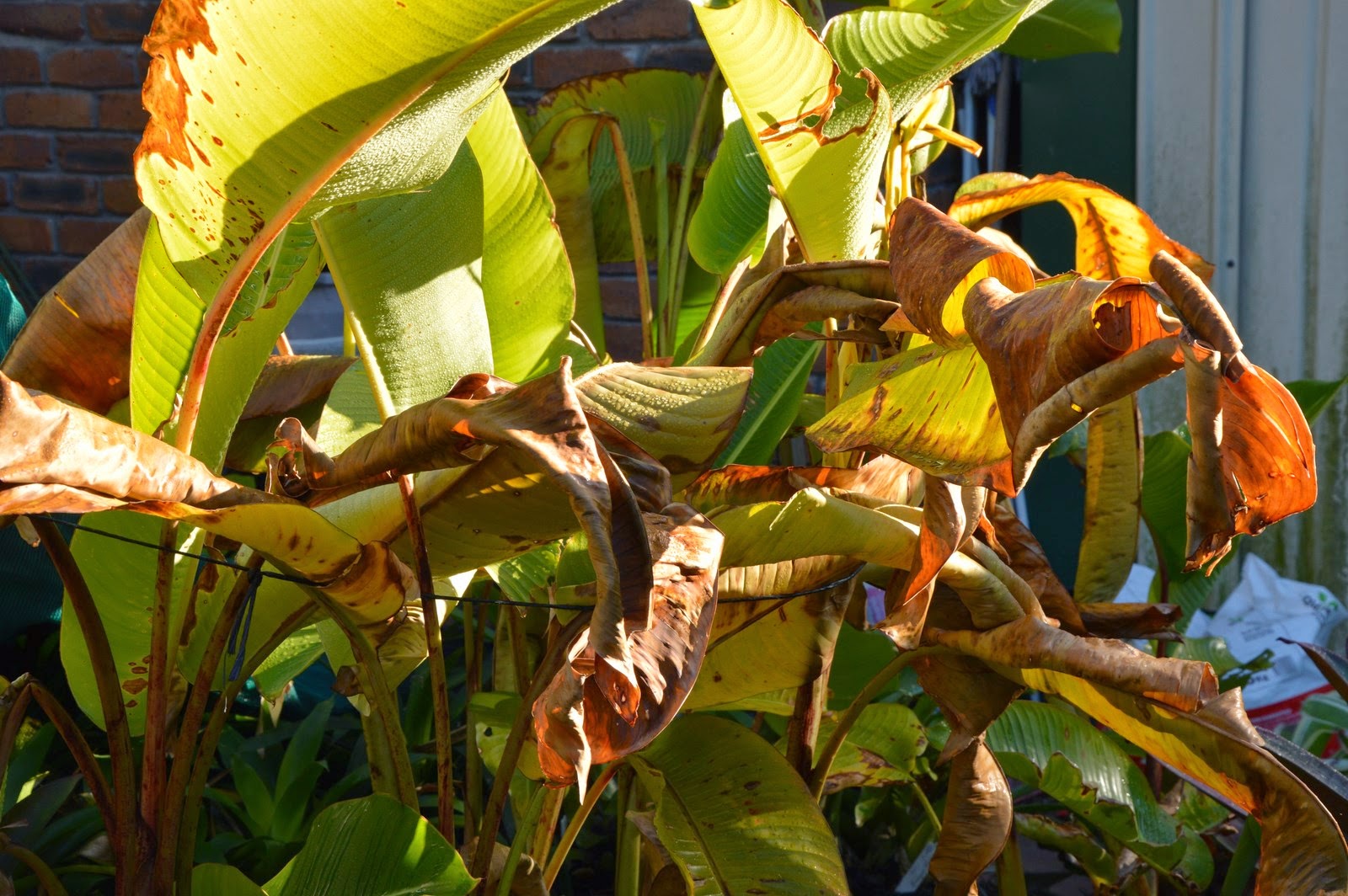 Some Cymbidiums from Thailand. 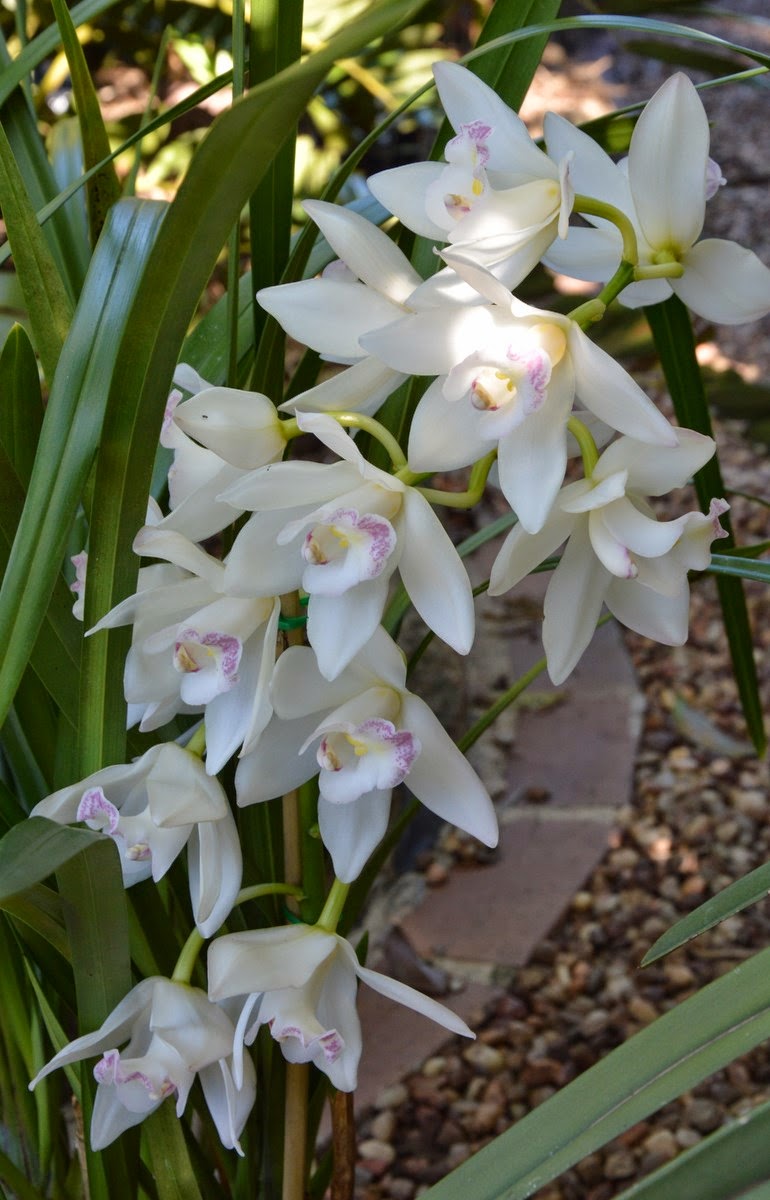 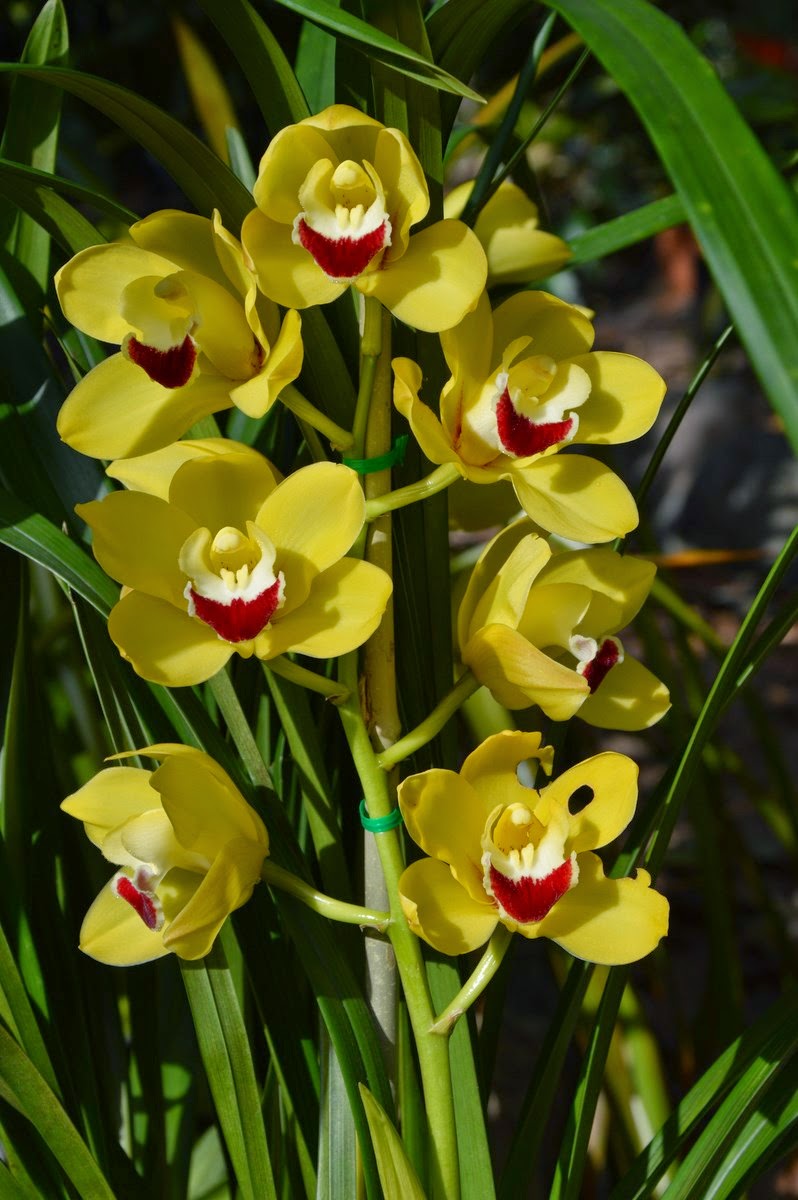 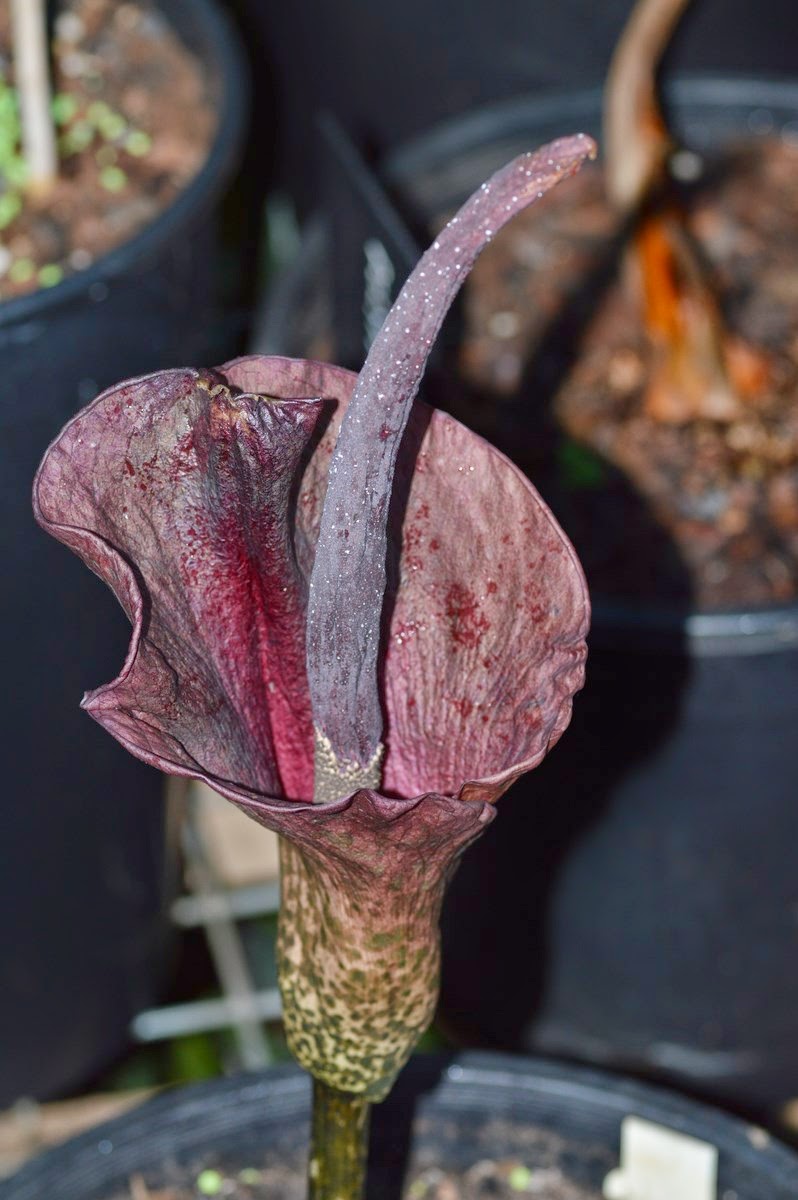 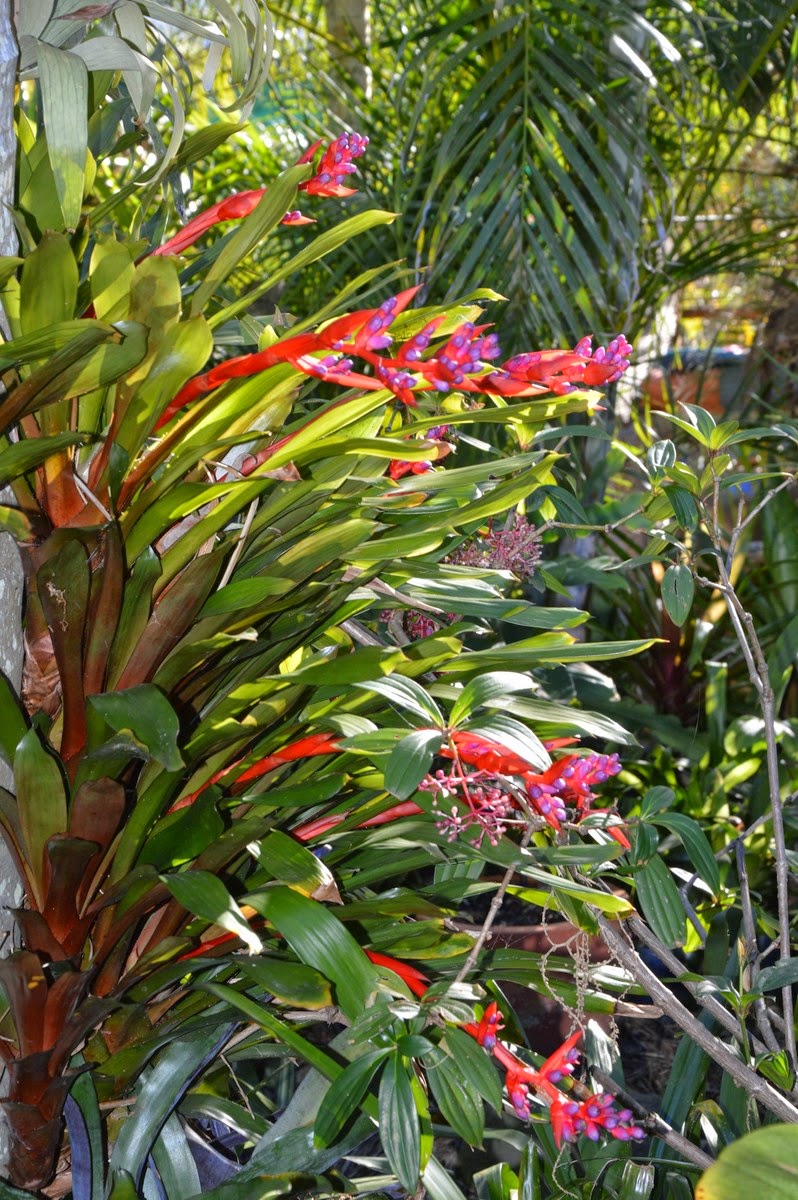 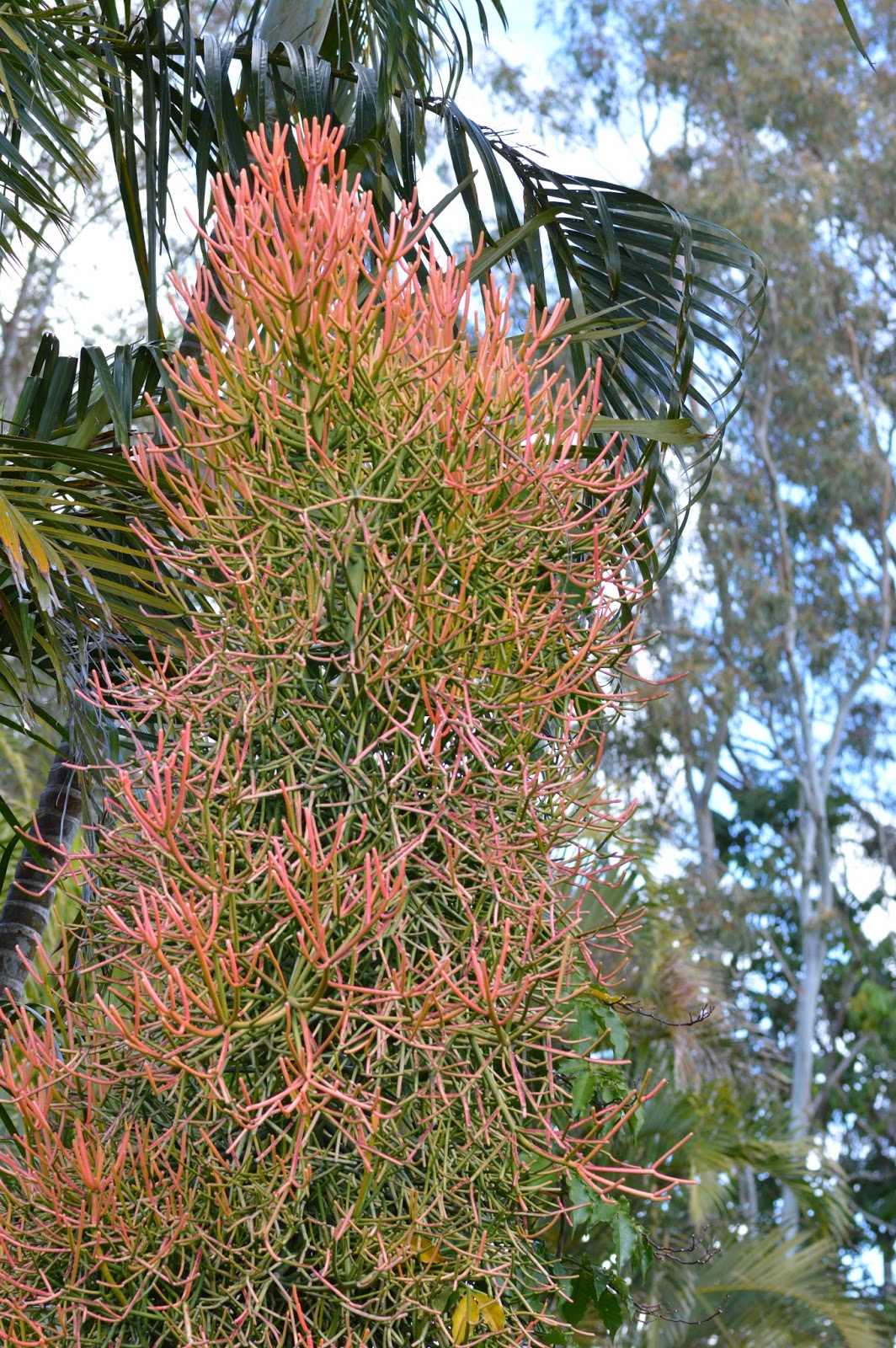