After the hottest and driest summer, I have ever gone through it has been such a relief to of had some good rain.
We had around the 120 mills in total during March and thank goodness the temperature has finally gone into the 20s.
Basically, every day during summer at the end of the day I was soaked in sweat and had to leave my work clothes outside as they smelled so much of sweat.
No matter how hot it was I still worked every day in the garden making both big and small improvements.
Aroids are gaining in popularity, so here are some of ours. 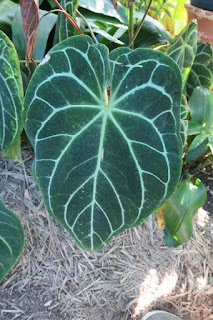 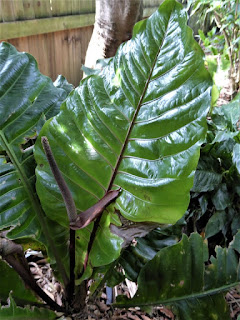 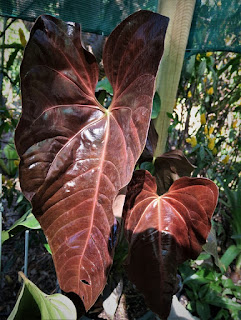 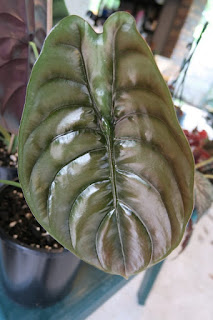 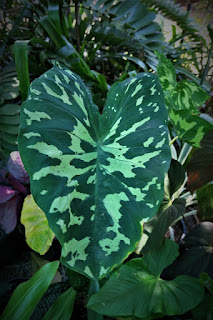 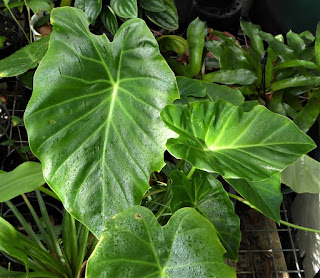 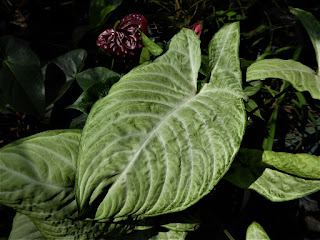 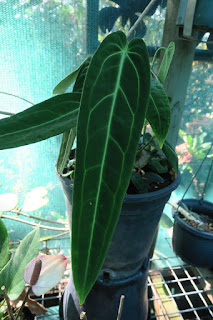 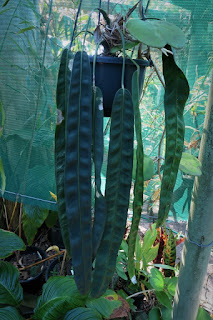 Several trailer loads of rocks and soil and new plant plus two new shade areas have made the garden more interesting and an draw-card for this year’s ‘Open Garden’.
Wow our 'Condom Plant has flowered. 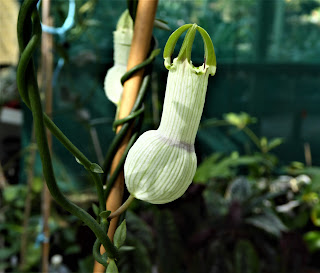 We had bus trips from Mt Tamborine and Caloundra Garden Clubs which were great always nice people and keen gardeners who loved our garden. 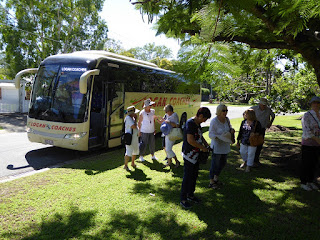 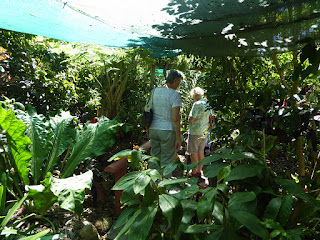 It's a small world a lady from 'Caloundra garden club' had an English accent and I asked her where she was from, and it was not far from where I lived as a child, I then asked her what school she went to and lo and behold it was "Haslucks Green Primary School' same as me, we are the same age and were possibly in the same class. 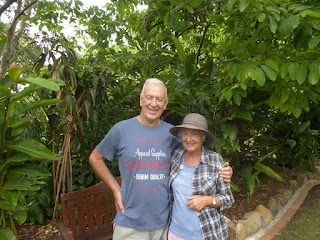 I have started preparing a new garden presentation starting with Aroid family followed by colour in the garden red, yellow ect.
Amazing just how many red flowering plants we have.
Still have plenty of visitors of the feathered variety. 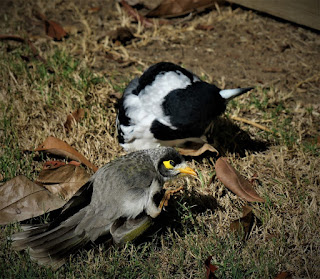 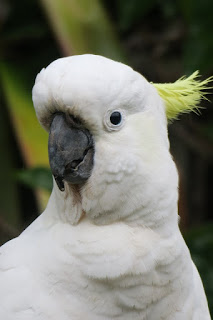 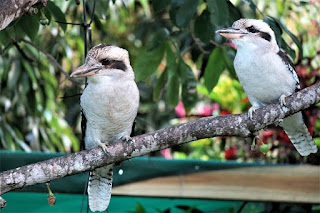 I have decided to name the presentation 'Aroids, Orchids and Colour in the Giving Garden'. 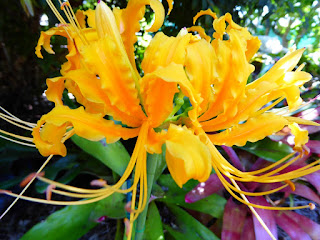 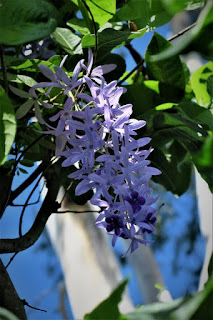 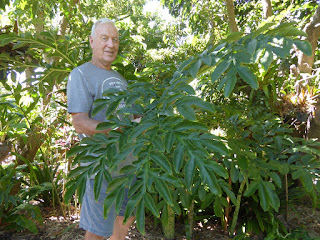 After the rain it is amazing just how quickly the garden has sprung back to life, there are still quite a few bare patches on the lawn where the grass has died but hopefully that will come back, otherwise everything is looking very healthy.
What a relief.