I did not publish a blog for December as that month turned out to be a rest from gardening as we had worked very hard to open our November ‘Open Garden’ and left us ‘gardened out’.
Also, Christmas is a family affair and we had grandchildren to look after and of course everything else that goes with a family Christmas.
Some nice orchids out which do not seem to be affected by the heat. 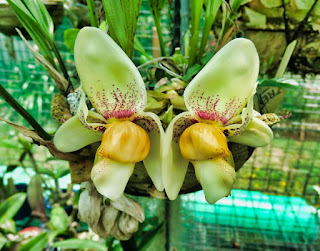 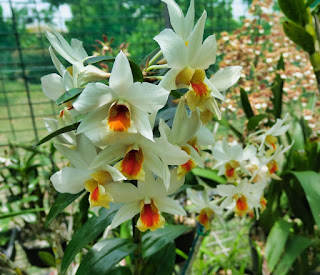 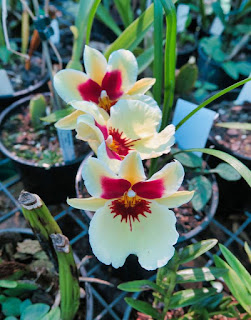 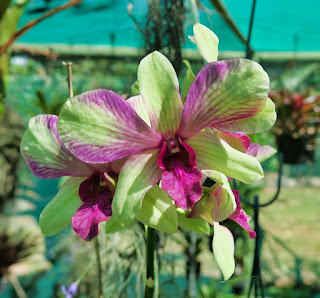 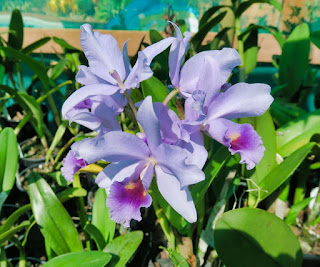 December was completely dry and for the most part HOT, not a good time for gardening.
January, well it has been an absolute disaster with only a small shower which dried up with the strong winds that followed with 30c plus temperatures every day with no respite for the whole month.
We did get a good bunch of bananas off our sugar banana. 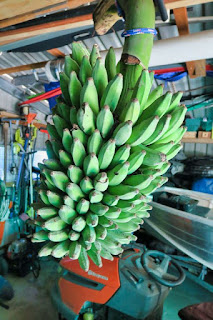 It is so bad, much worse for the garden than the drought of 2009 where all the politicians panicked and built pipelines to nowhere, dams not hooked up to pipes, waste water that no one wants to use and a desalination plant that is rusting away, not to forget the travesty of Traveston Dam where the Queensland Government went ahead and bought all the land for untold millions then realized they did not have to OK from the Federal government and had to resell the land at an incredible loss.
Politicians are a useless breed, for the most part afraid to make a decision and when they do it’s usually the wrong one.
A prime example is the $50 billion submarine program we are buying from the French, atomic subs converted to diesel by 2050, what a joke.
Sorry about my rant but sometimes I despair for this wonderful country.
The cost of all these failures can be counted in the billions and who is paying for it, you the taxpayer of course.
I bought a ‘Power Planter’, not the one advertised but from Trade Tools, much more cheaper and yes it is a good tool. 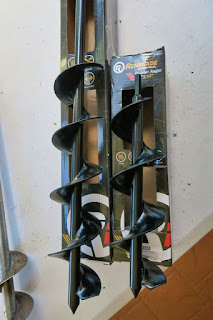 Even with the heat I have still I managed to get three projects finished, photos below. 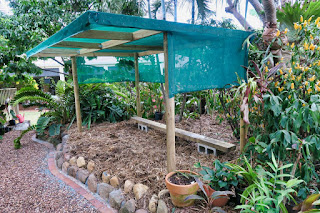 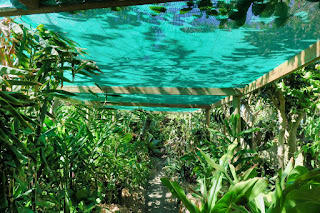 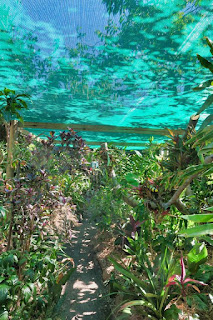 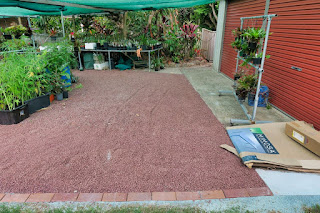 The dry has really affected two of our Custard Apple trees and they are slowly dying, so I have had to create a shaded are for the under-story, not a job I really wanted to do but the plants are getting burnt in this long heatwave.
Every spare bit of shade cloth has been used somewhere in the garden as it is so hot that even our water hoses are melting.
We are hosting a meeting in February for ‘The International Cordyline Society’, hope we get some rain before then.