Sorry no photo at the moment as I have a new computer and am having problems acessing June's photos.
Hopefully I will find them later.
Just feeling a bit frustrated at the moment.
Just found some. 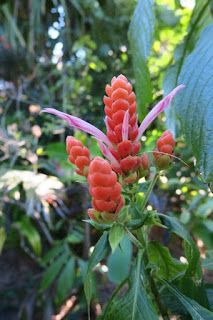 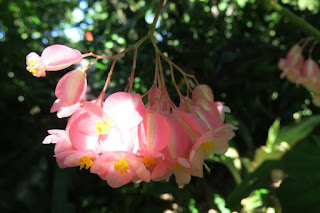 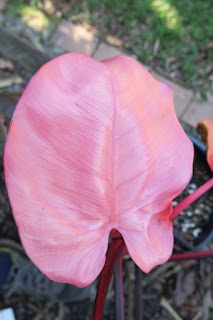 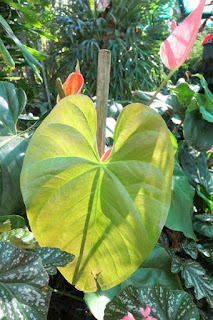 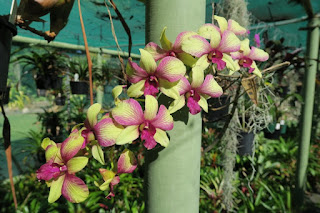 June has been an extremely busy month.
One of the problems with having so many fruit trees is that they need pruning every year and now is the time to do it.
So far I have pruned four Jaboticaba’s, four Grumichama’s, two Black Sapote’s, and four Carambola’s.
I have also trimmed our large Poinciana tree and the Alamanda’s.
It’s been a big job and one has to have the right tools for the job that is where the Silky saws and the Sthil Pole Pruner have shown their value.
Obviously to have to pay extra to get the best but it is well worth it in the long run.
At my age anything that makes the job easier is valued and I don’t mind spending a bit extra to invest in a good tool.
I never ever buy a garden tool made in China; I have been bitten once or twice in the past and never again.
Brugmansia 'Sugared Almond' in flower and it is unusual as it changes colour through flowering. 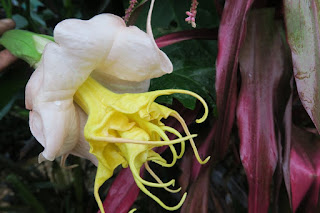 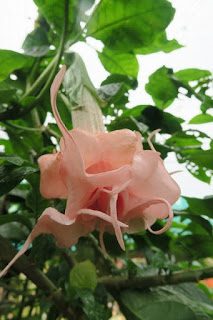 We had a small bus through the garden from ‘Ferney Grove Garden Club’ and garden presentations to’ Mt Tamborine Garden Club’ ‘Probus Club of Springwood’ and ‘Northern District Horticultural Society’.
I must say how friendly the Mt Tamborine Club was, it was a pleasure to go up there.
Orange Rostrata Heliconia is coming into flower. 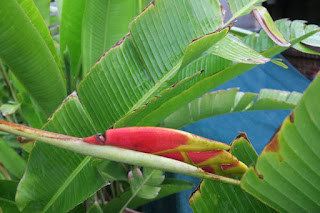 There are leaves everywhere especially from the Pecan Nut trees, not unexpected as it is winter.
I also collected a load of rocks and some soil and did some improvements to the front yard.
Posted by Ian at 3:50 pm