I did not write anything last month as we were just so very busy with Christmas and looking after Grandchildren virtually full time.
I went to the movies a lot though and was entertained by the ‘Trolls’ ‘Moana’ ‘Ballerina’ ‘Monster Trucks’ and one other.
Some nice Vanda Orchids flowered. 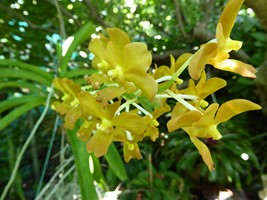 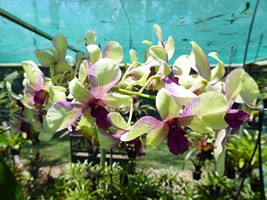 As far as gardening went December and most of January was a dead loss as straight after our Agnes Water Grandchildren left I went to hard in the garden and sprained my lower back.
I am just recovering now and the garden and house jobs are piling up.
Some vines also flowered. 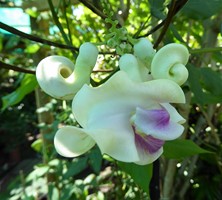 Very proud of my Noong Nooch Vine which is very rare here in Australia. 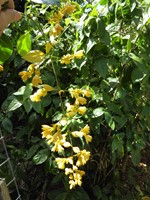 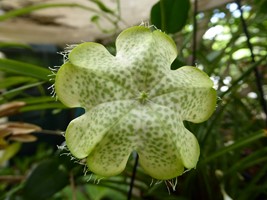 We had some rain in December, not enough to fill our tanks but good enough to make a difference in the garden.
January has been a total disaster with temperature during the days mainly in the mid to high 30 Celsius and NO rain.
Friends who only live a kilometre away received over 100 mills one day, crazy.
So we are very dry and all moisture has disappeared and it’s back to hand watering.
The lawns are a lovely shade of brown and as crisp as toast to walk on.
The prawning season has started and I am hoping my back will be well enough to let me throw a cast net.
I have one major project lined up in the garden this year and a few smaller ones.
This year will most likely be our last ‘Open Garden’, we have been doing it every year since 2002 and all the work is starting to catch up with us, so hopefully we can have a great attendance and go out with a bang.
We were nominated for a Redland City ‘Australia Day Award’ for ‘Local Hero’, had to do with our garden and the $60,0000 approximately we have raised for charity, anyway we won and it was a great feeling to be honoured by our local community. 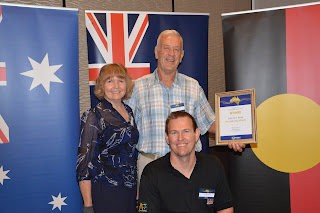 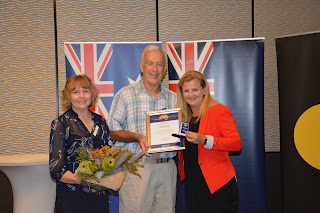 We already have a number of bus trips visiting us in 2017 as well as a number of garden presentations booked.
My Facebook page is going well with over 1900 followers
https://www.facebook.com/birkdalegarden/


Just hoping for a break in the heat and of course to needed rain.
Posted by Ian at 4:21 pm