How quickly this year is going, almost August already and now we have to start thinking about our ‘Open Garden’.
July has been quite mild; in fact most of winter has been mild, we have only had the fire on a couple of days and I have worn shorts every day so far.
This is the 'Chalice Vine, the flower smells like coconut. 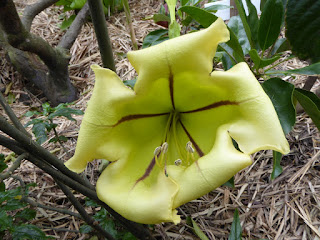 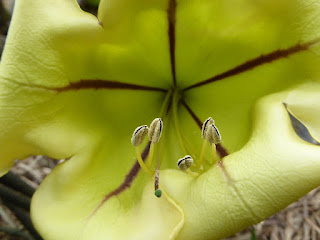 A beautiful showing of Brugmansia's at the moment. 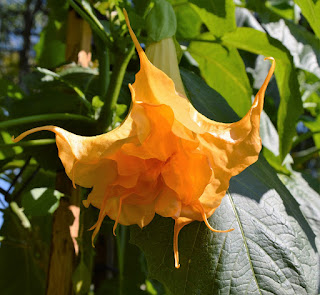 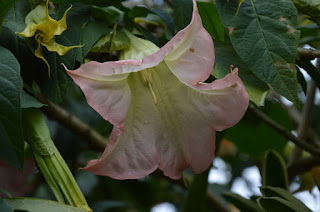 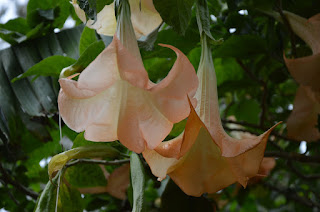 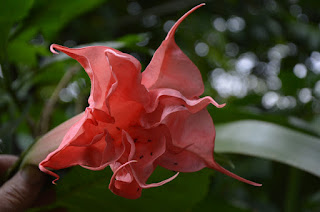 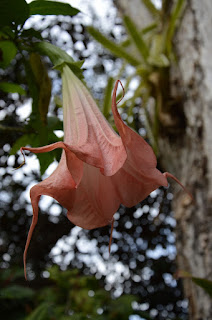 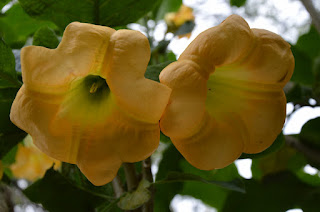 Not a lot of rain this month, just a couple of light showers so it’s back to hand watering the garden.
We did two presentations this month, one to the ‘Redlands Horticultural Society’ and one to ‘Kenmore Garden Club’. 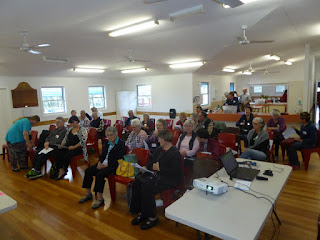 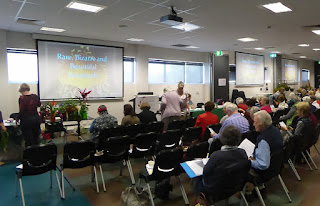 We also went to a meeting of the ‘International Cordyline Society’ which was held in Capalaba, we are going to host the September meeting.
As per usual I have brought in several trailer loads of soil to top up gardens, seems a never ending task.
We had a second crop of Carambolas this year and the Grand Children helped to pich, they also did some chores around the garden. 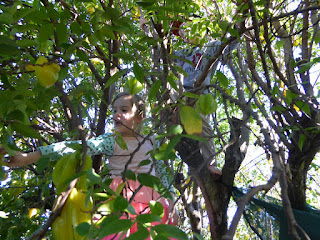 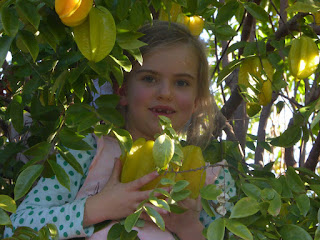 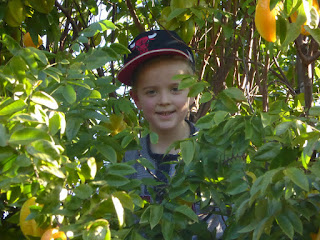 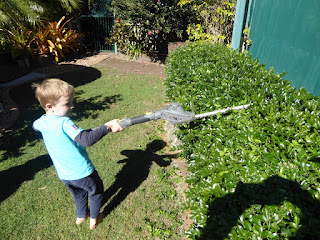 Judy asked me to clear out an area where she could place more of her potted plants, so here is the result. 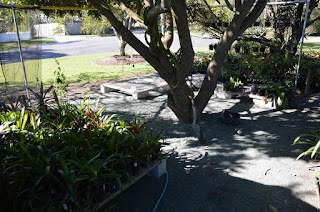 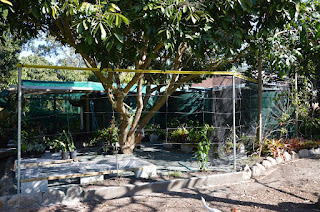 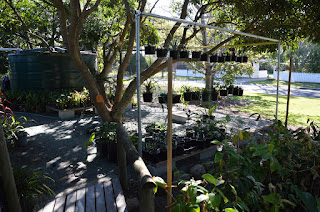 While walking around the garden I looked and thought a garden edge was just too straight so within two days all the rocks, sleepers and cement was removed and then the garden was extended with ‘curves’ and now looks much better. 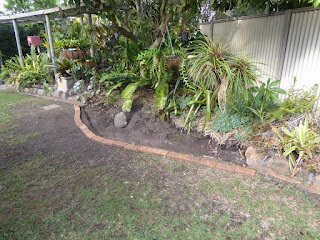 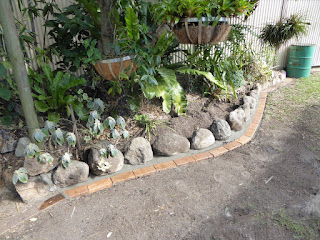 I have been wanting a decent pole saw for a while, so I bit the bullet and bought a Silky Forester 4.5 metre pole saw. It was expensive but you have to pay for quality. I have reviewed some Silky products on my 'Garden Product Review site'. 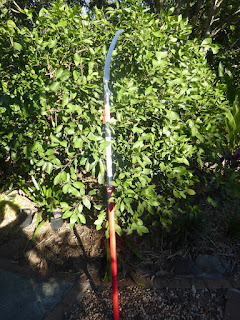 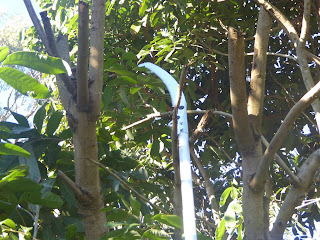