I have been a bit slack this month and I am a week late in getting this month’s blog published.
It has of course been a very busy month preparing for the ‘Open Garden’ then the opening itself and finally the big clean up, I feel tired just typing this.
I wonder if people realise just how much work, time and expense goes into an open garden, I know both Judy and I start preparing months in advance and work sometimes eight hours a day just getting plants and the garden ready.
As far as expense, I would say it costs a little over a $1000 just to put it on, that includes toilet hire, printing of flyers, postage, signs ect.
It is not a task for the faint hearted.
We missed out on most of the rain, just had a few showers which at least greened up the lawns and it’s not often that we have green lawns for an open garden.

We have had a fairly cool spring and that has made quite a few plants late in shooting especially the ‘Blood Lily’s’, there were none in flower for the opening.
AS usual Saturday was a mad house with the plant buyers coming first to snap up the best plants. 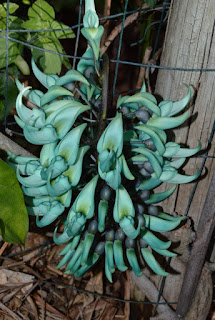 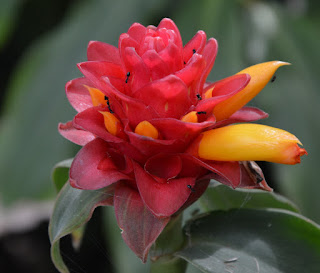 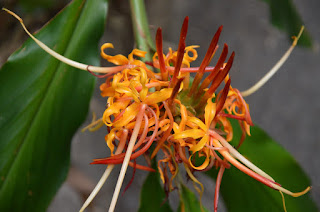 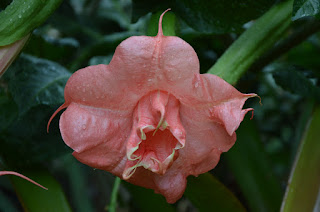 Overall we had over 600 visitors on the weekend all of whom enjoyed the garden, just a shame I could not talk to everyone as we were short staffed and I was stuck selling plants.
The Lions Club who we support made over $4000, so in the last three open gardens they have made a total of $12,523, all of which goes to help disabled children. 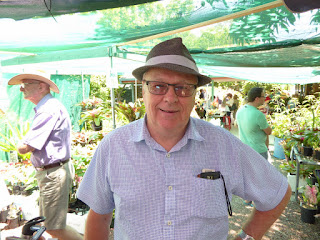 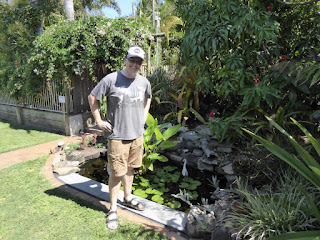 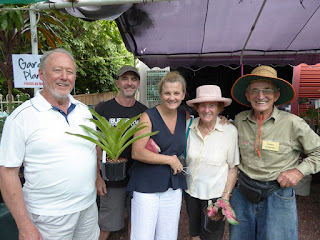 After the opening we headed up to Agnes Water for a short break and caught up with my son and his family who have settled up there.
When we arrived back we had a little rain but the place was very dry so it was back to watering and even worse was a day of gale force winds which covered our garden with the neighbours rotten Cadaghi leaves and bark, what an awful tree this is the leaves are covered in soot and don’t break down and the one close to us has to be about 50 feet high. It’s my nightmare.
My Amorphophallus paeoniifolius was close to flowering by the time we were ready to go on holiday, I suggested to Judy that we take it with us; she said “then there will be two corpses “so obviously I did not take it.
Just as well as it was at its majestic best a couple of days after getting home. 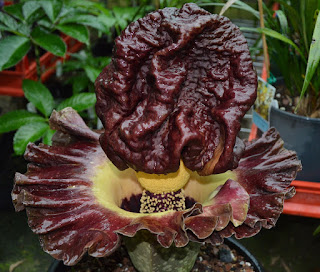 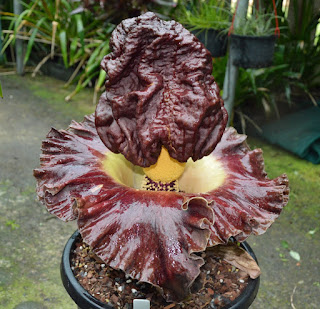 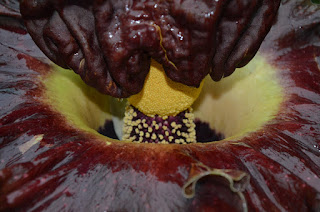 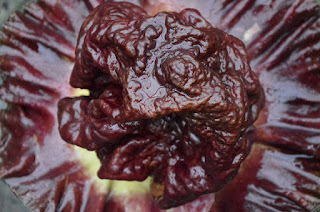 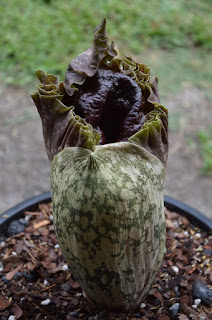 This is how it was prior to going on holiday.
I am planning on doing a workshop in the new year. 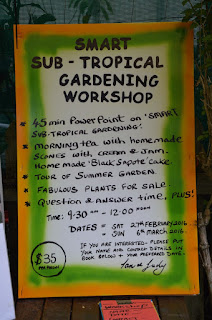 Unknown said...
This comment has been removed by a blog administrator.
10:14 pm