The unexpected happened this month. My youngest son Warrick and his family are on a two year caravanning trip around Australia. They were last heard of at Naracoorte in South Australia.
On the evening of the 8th of this month there was a knock on the door, I answered it but could not see anyone until I looked down and saw two little blond girls. My mind could not fathom what was happening, my first thought was ‘Trick or Treat’ but it’s April not November, then I wondered who they belonged two until they sang out “hello Grandpa”. Well, I almost fell over with shock when Warrick and Fabie also sang out.
They had driven all the way from South Australia to be here for my 70th Birthday and what a great surprise that was. 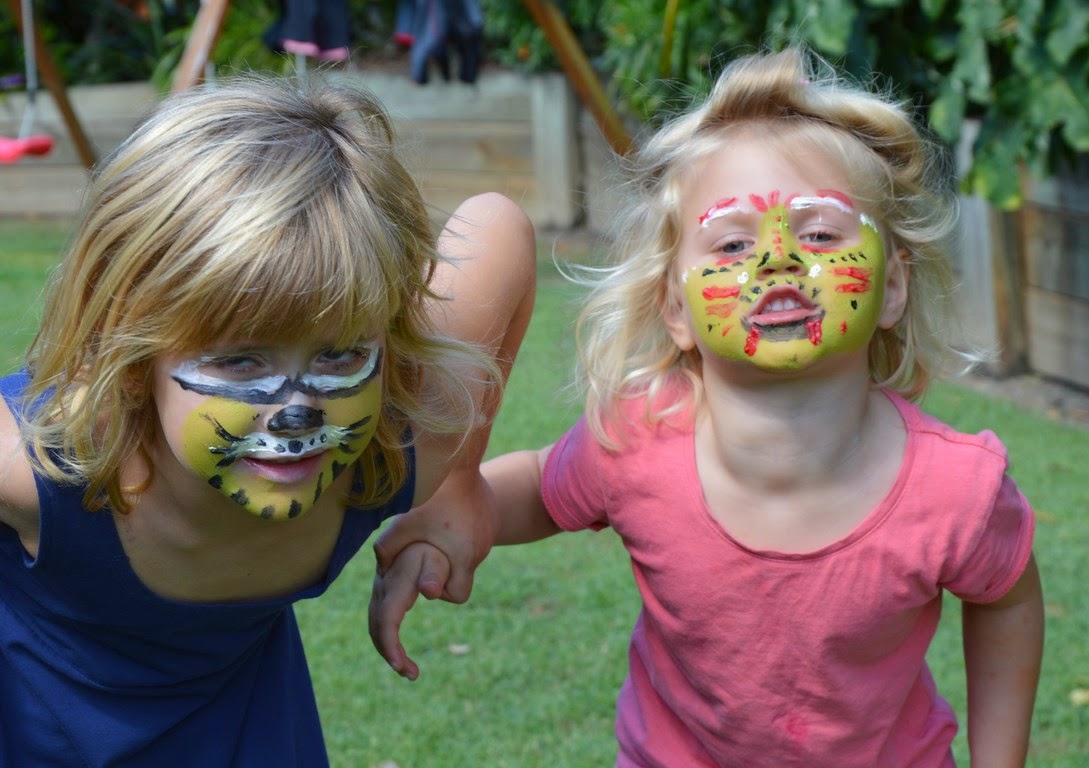 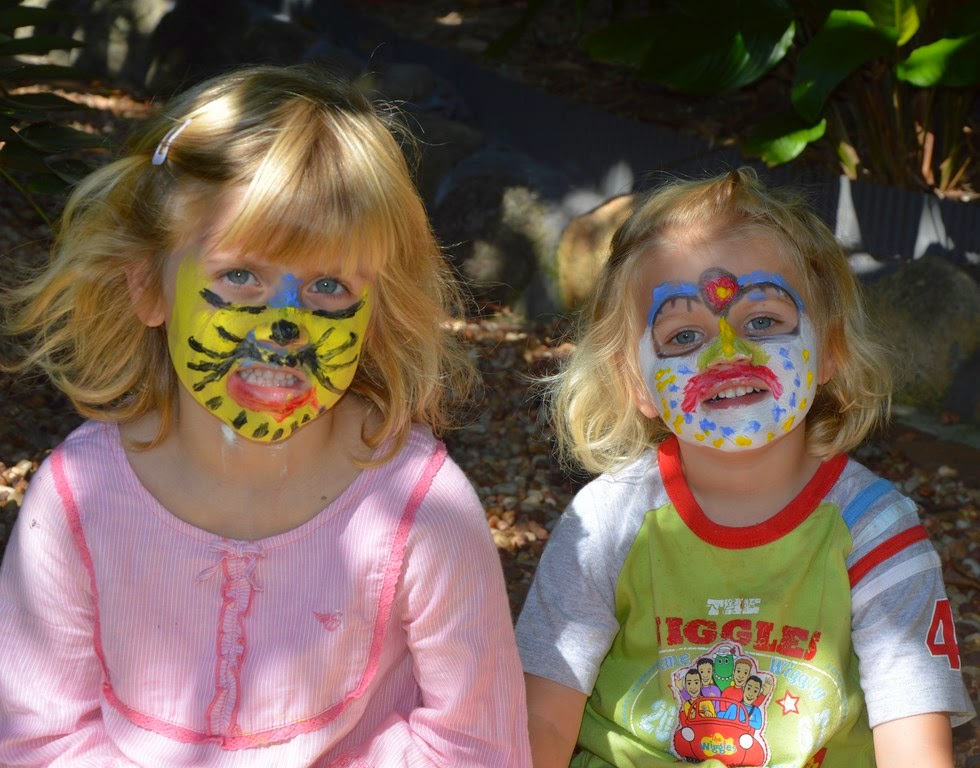 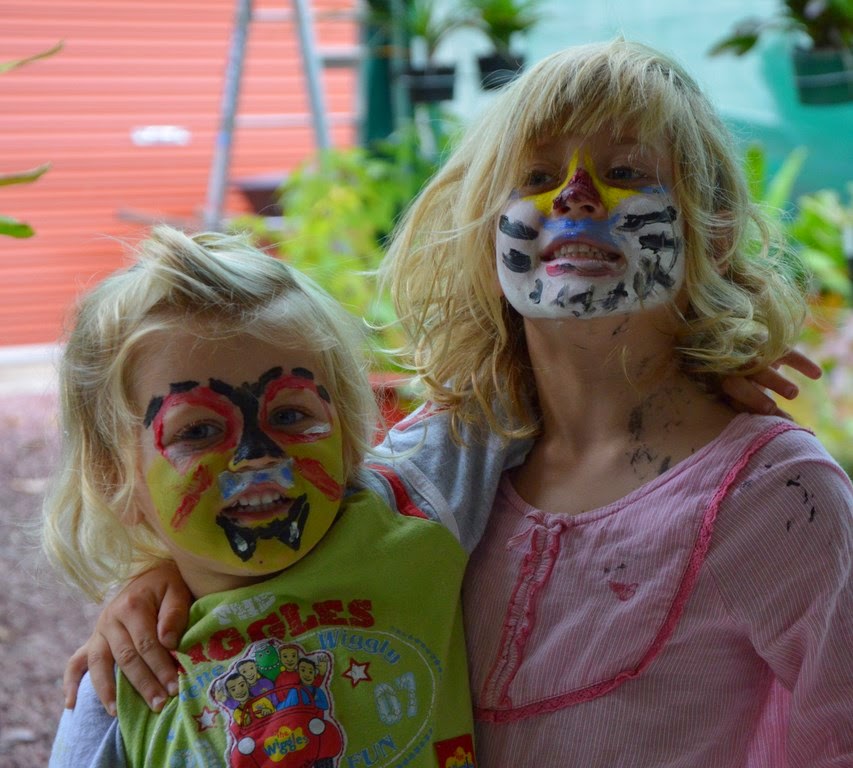 They stayed with us for two weeks before heading to Agnes Waters and Northern Australia.
We miss the girls so much and poor ‘Diggity Dog’ is missing them too. 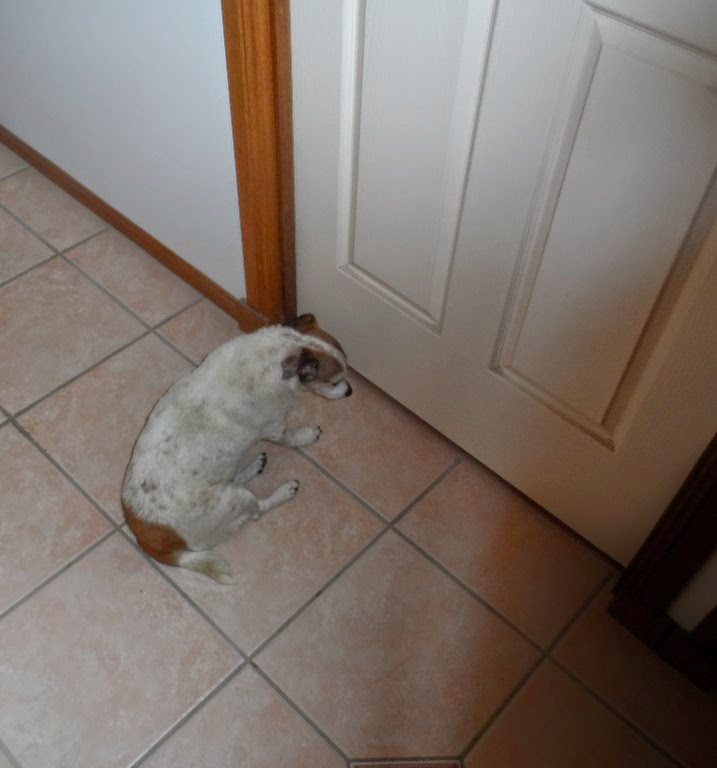 Poor Diggity outside the children's bedroom. 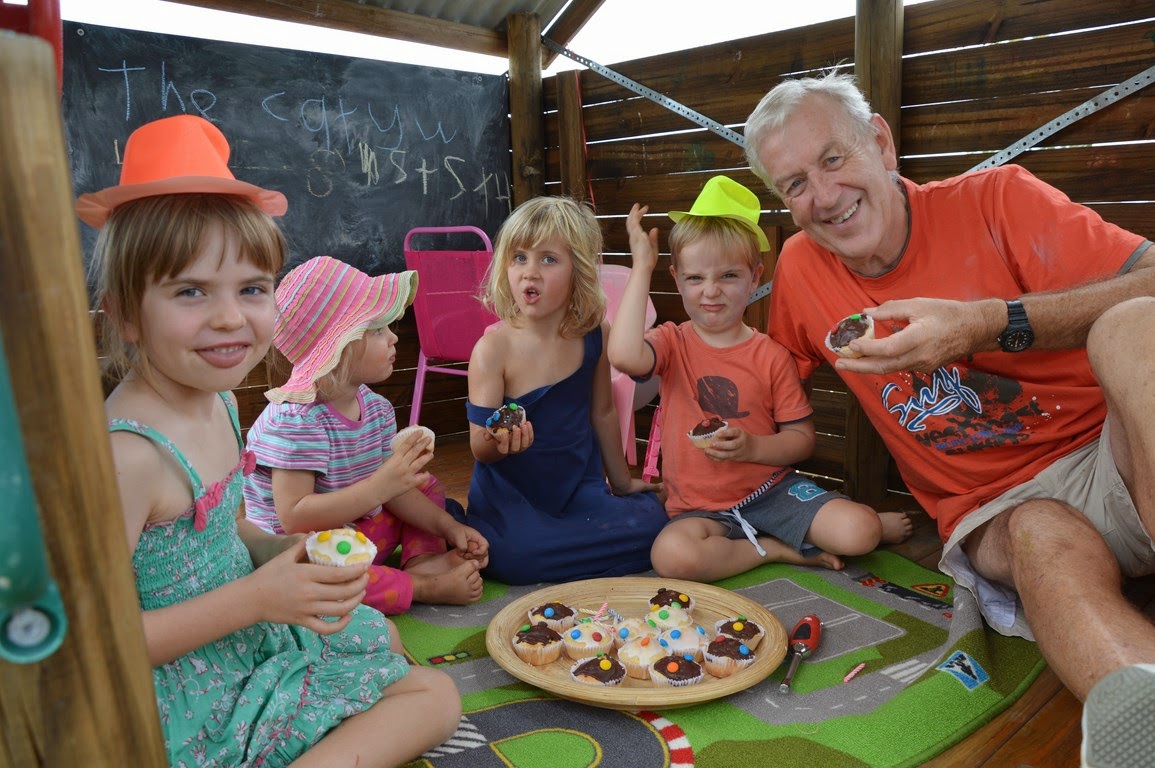 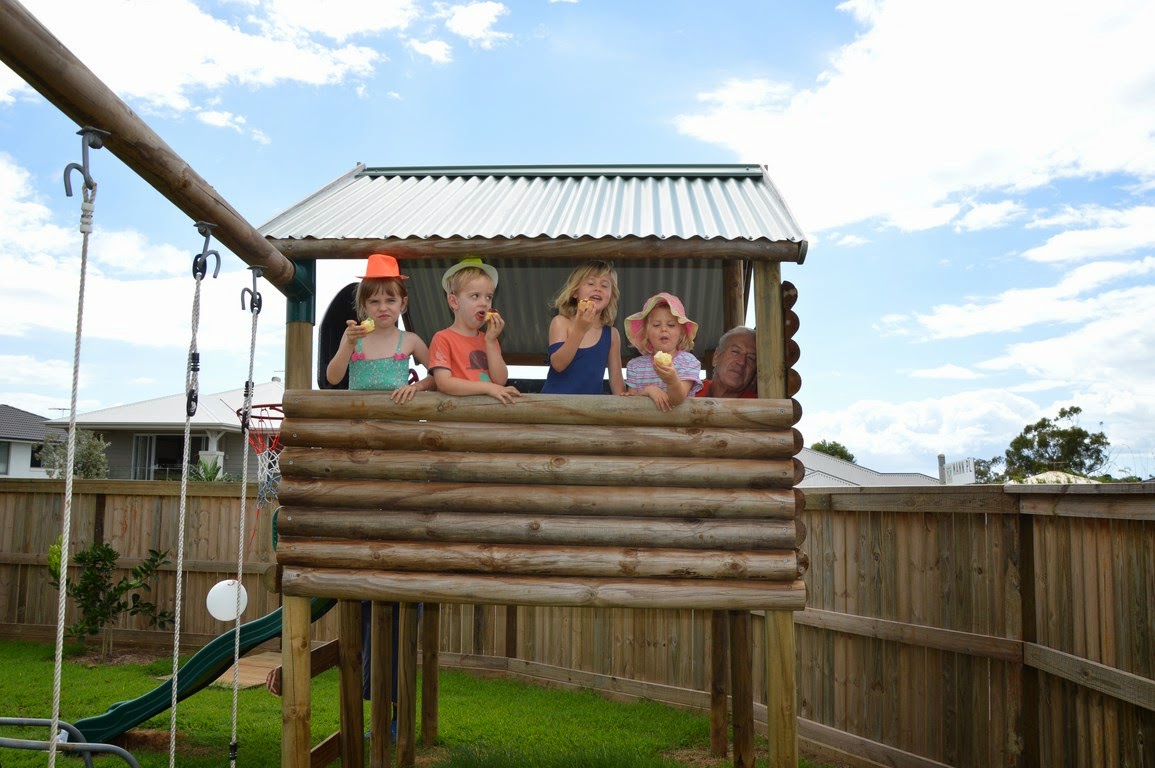 Birthday cupcakes in the den. 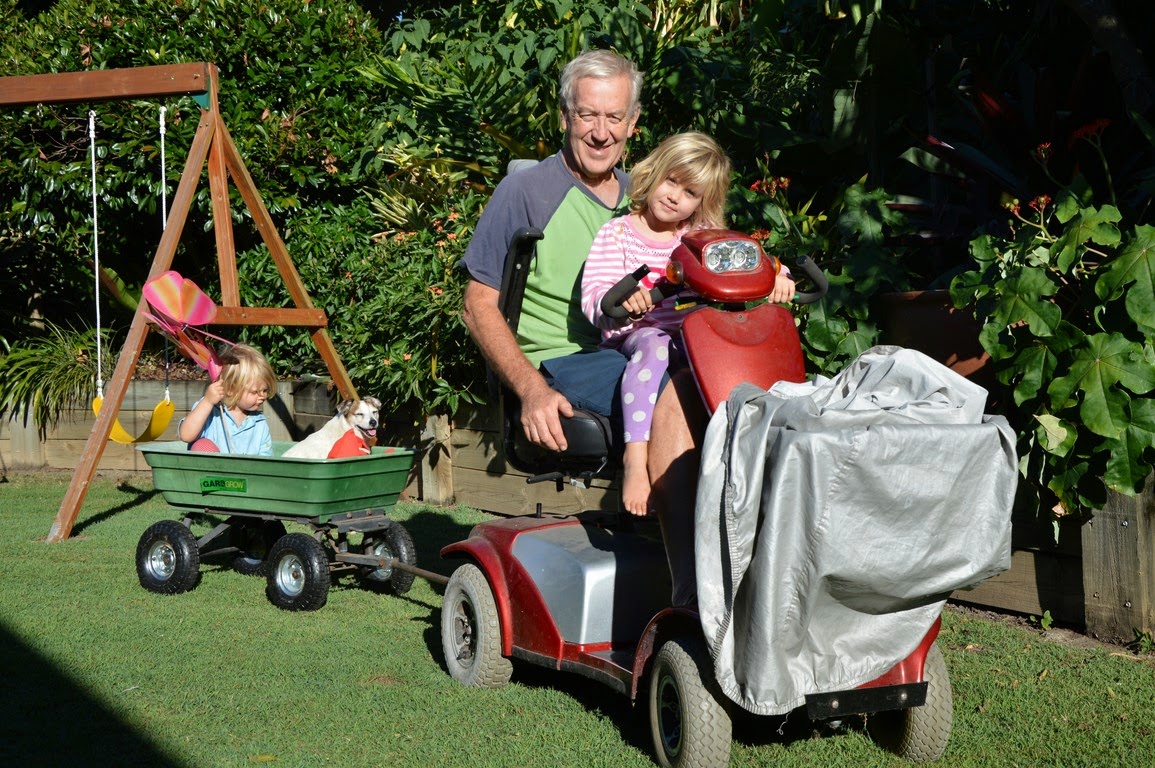 On the Saturday after my Birthday we got together as a family at Currumbin Creek and I had a great paddleboard. All in all it was a great birthday; in fact I think it was the best ever. 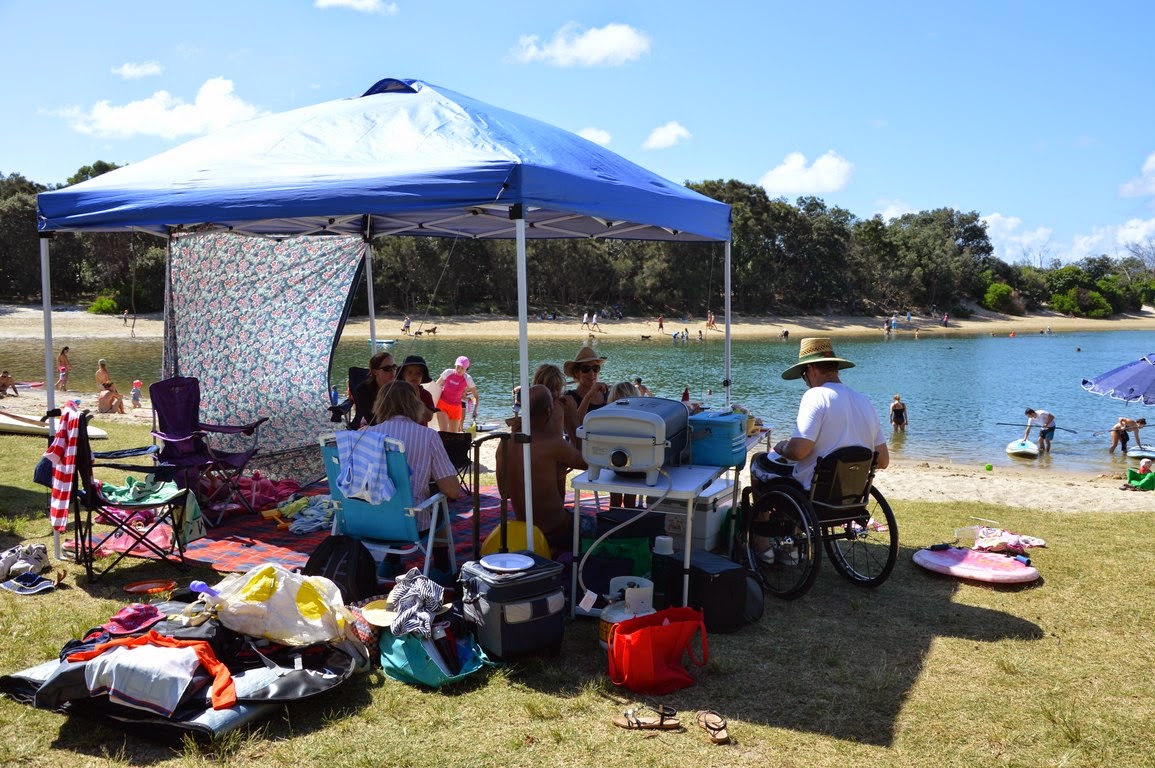 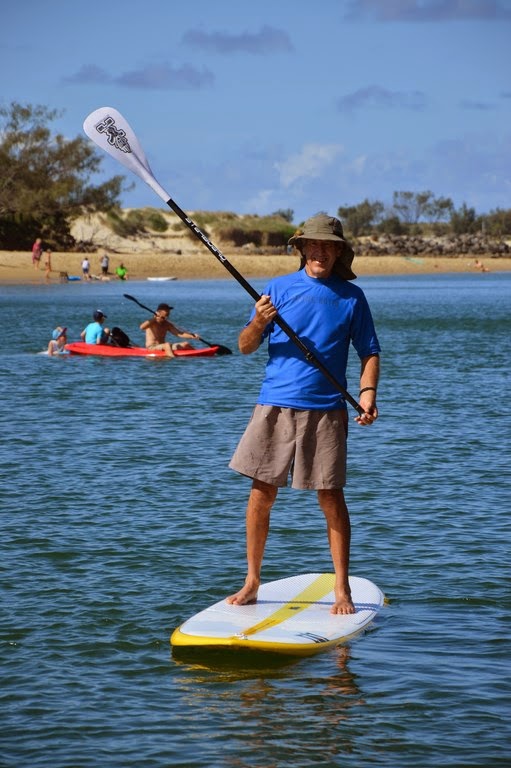 On ANZAC day I marched in Toowoomba, it was special because Scott and his two children came with us and saw me march for the first time. 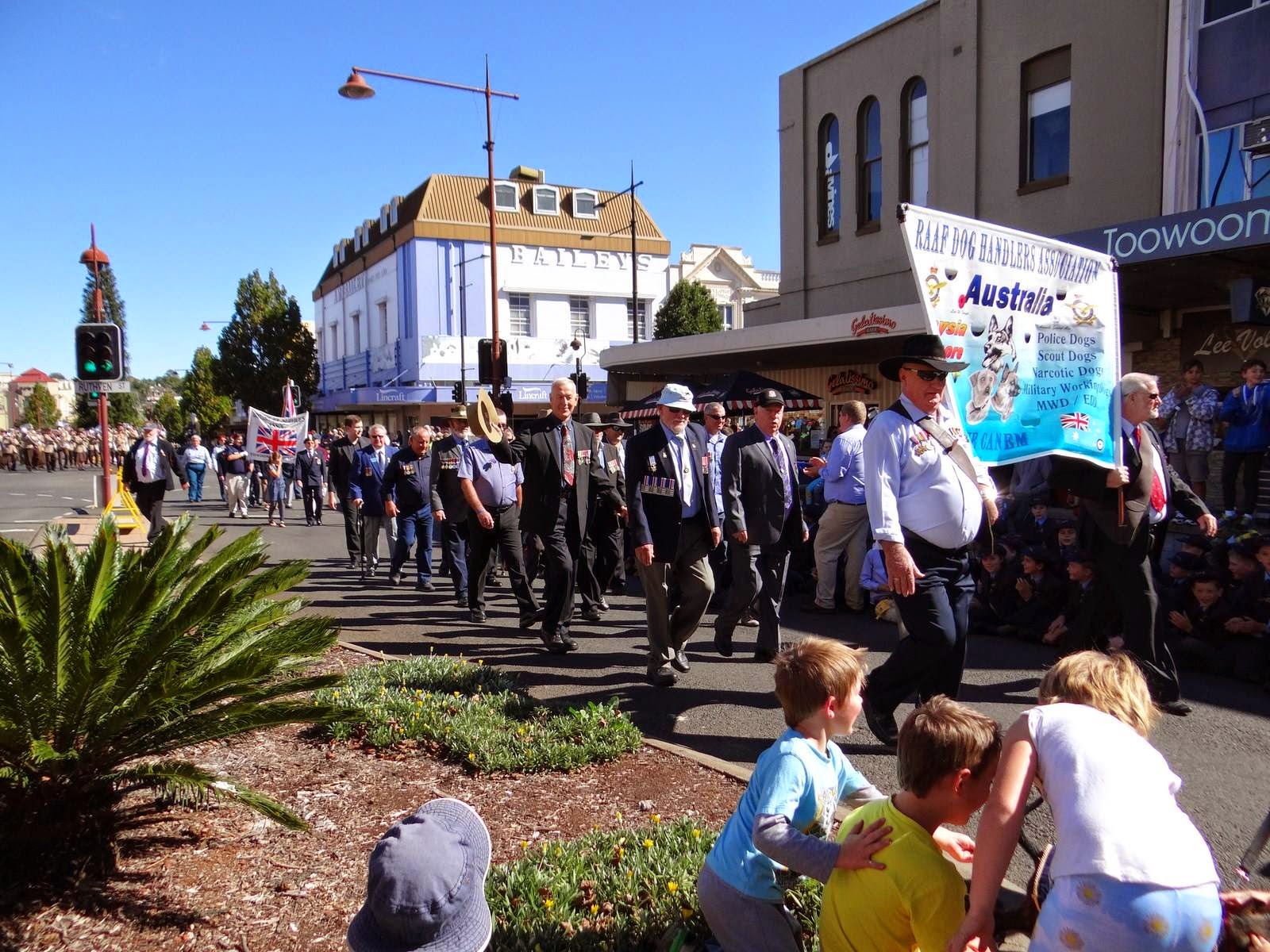 Garden presentations at Albany Creek Garden Club and the Northern District Horticultural Society, both are fairly big clubs and my presentations were well received. 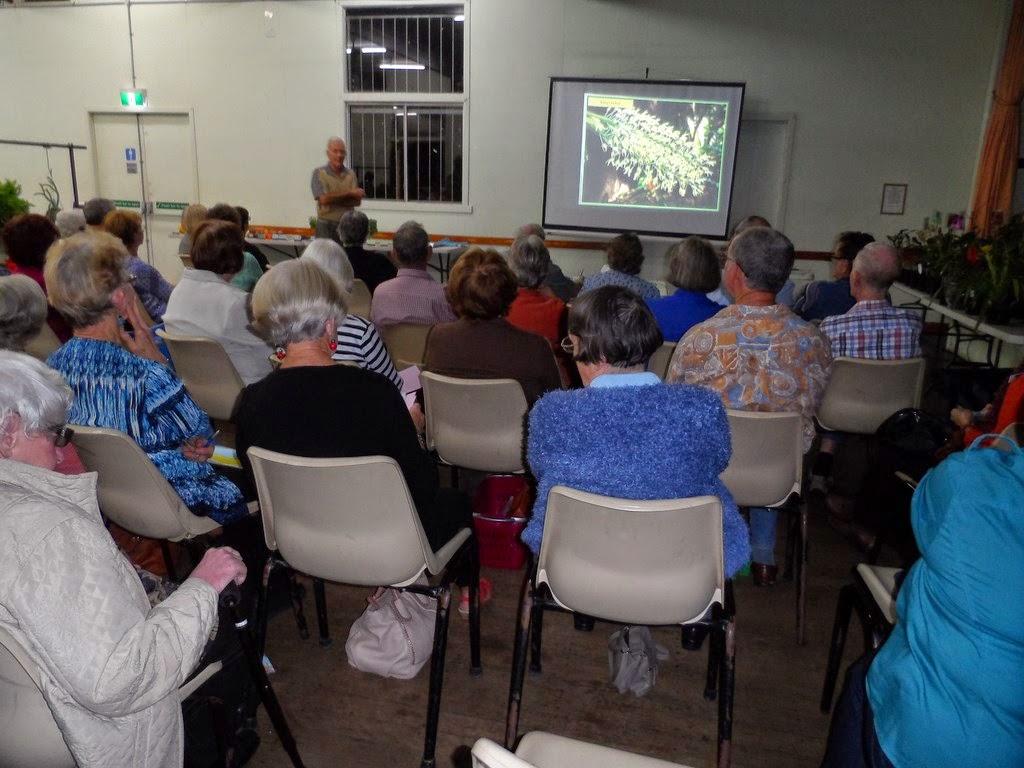 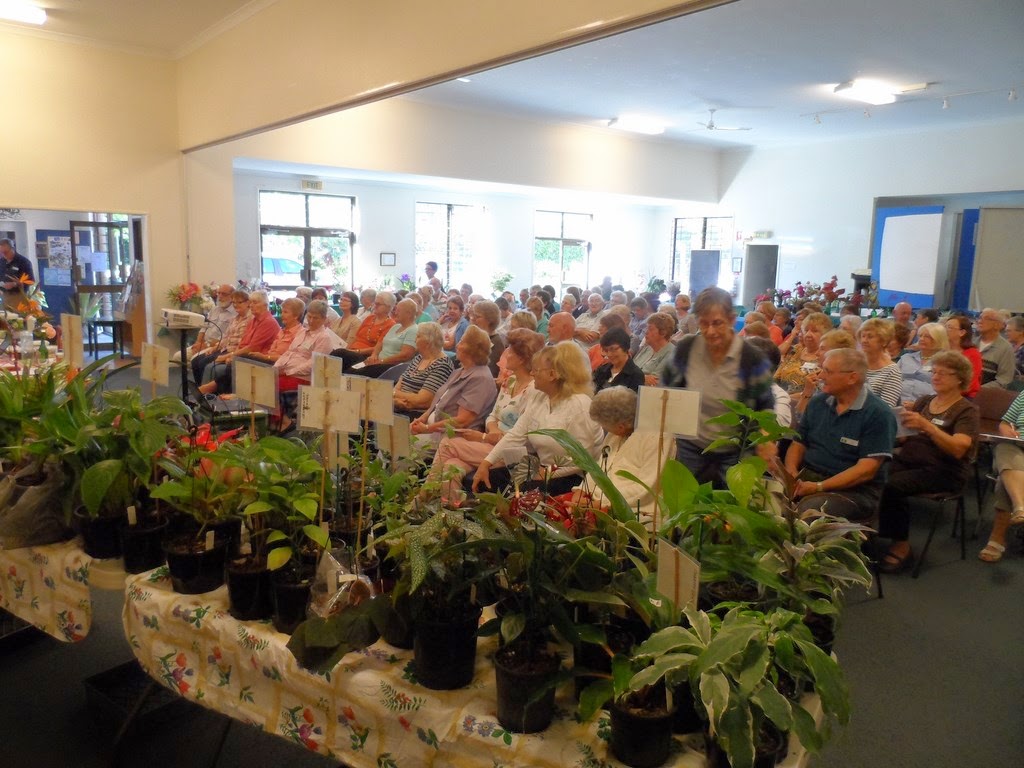 I have done little in the garden this month other than to prune and trim the jaboticabas, carambolas and grumichama tree's, instead we spent valuable time with our grand children and Warrick and Fabie. 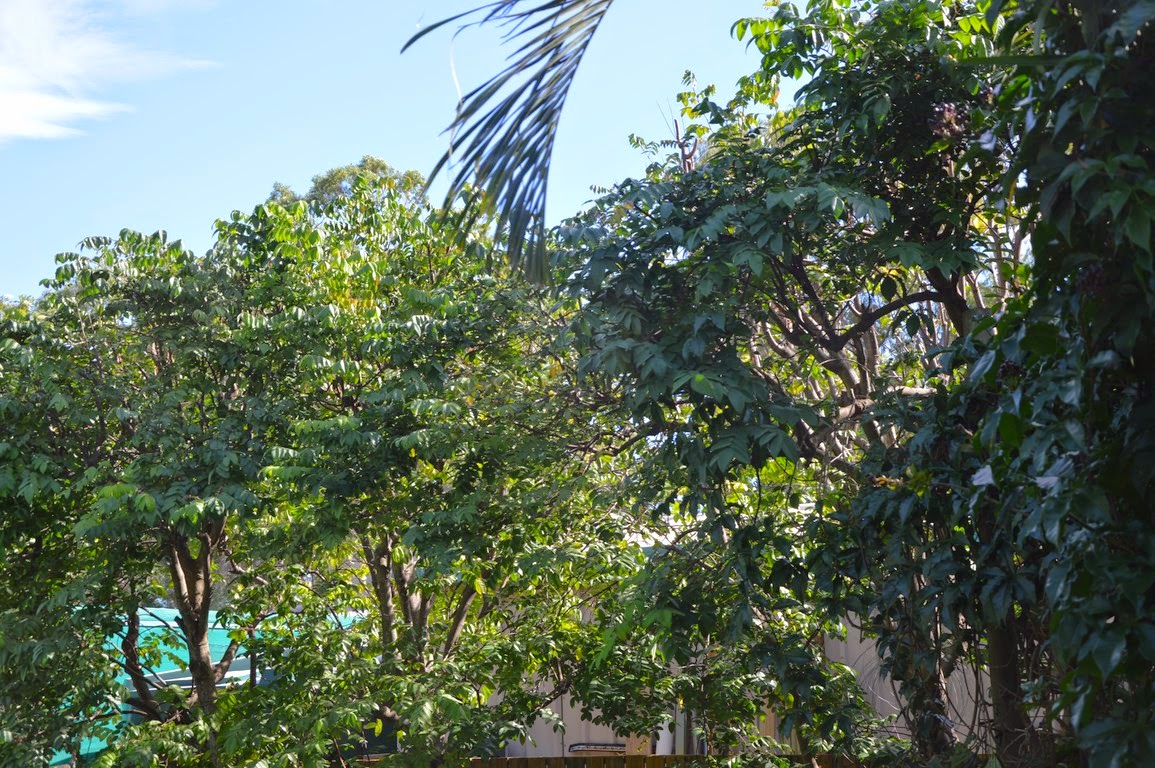 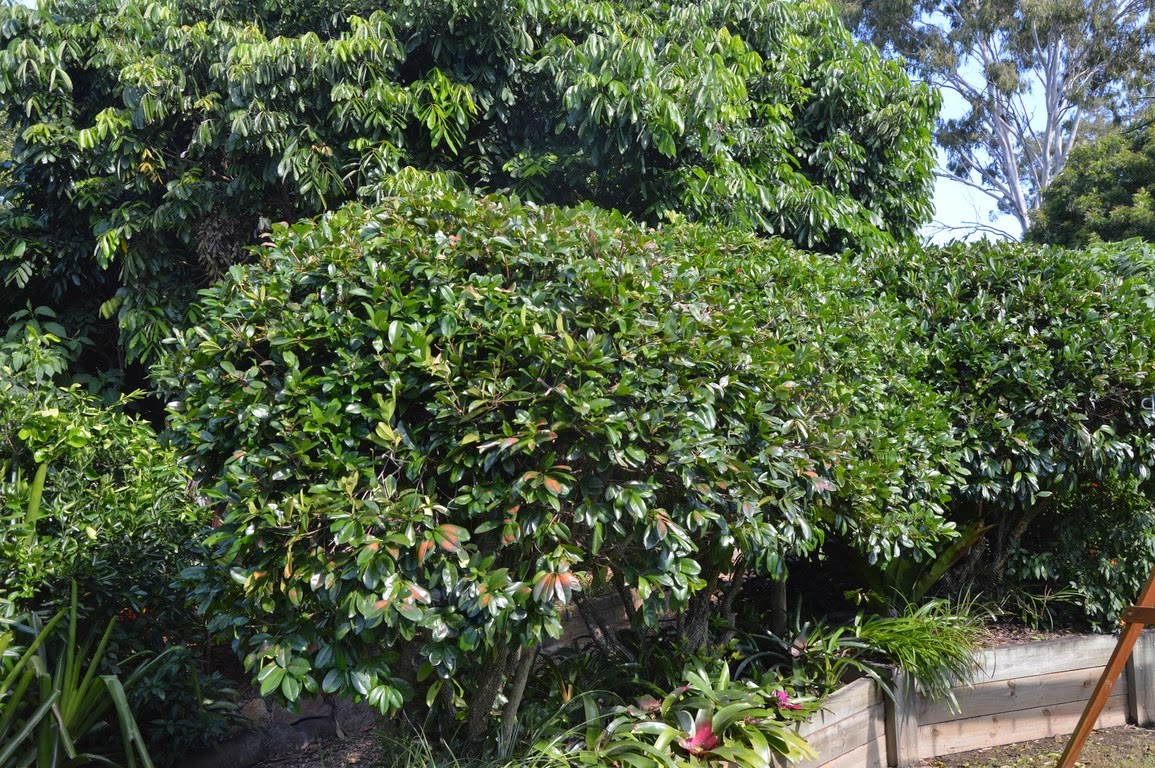 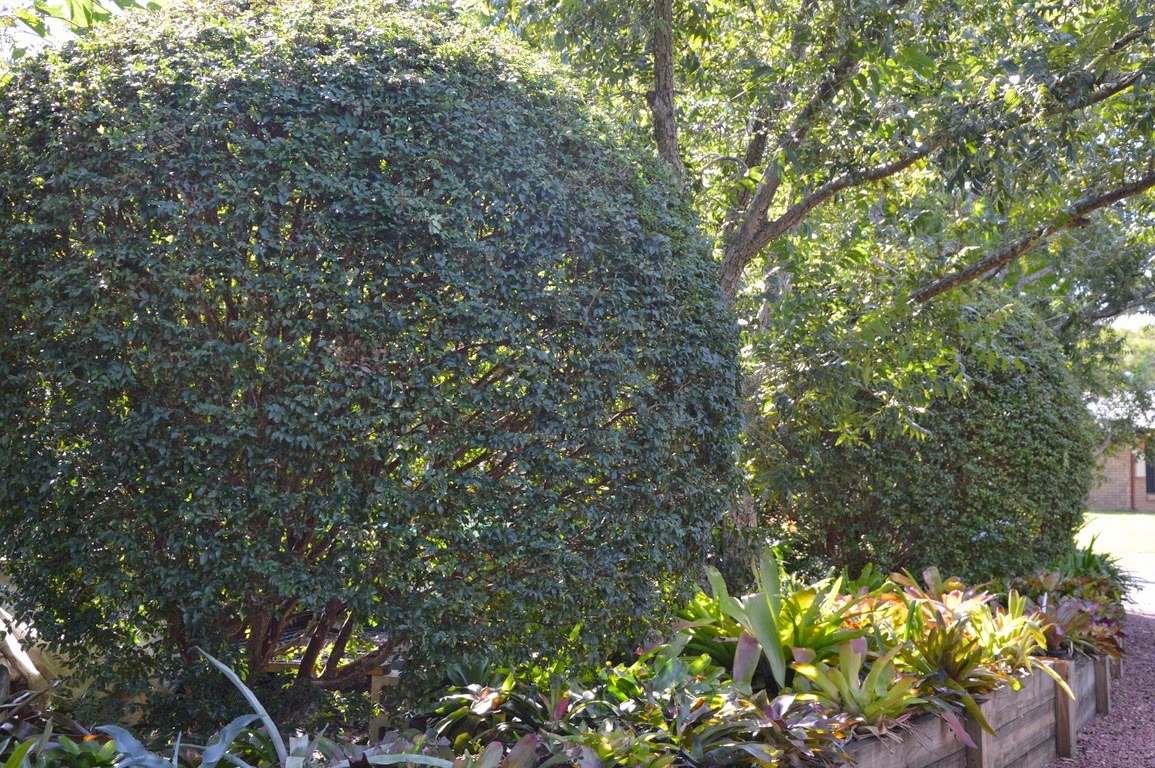 Jaboticabas
As I write this a rain event is happening they are forecasting anything up to 400 mills in the next two days. That’s good it will put moisture into the subsoil and fill up all our tanks.


This year has been so much better that last year where it only rained on three occasions the entire year. 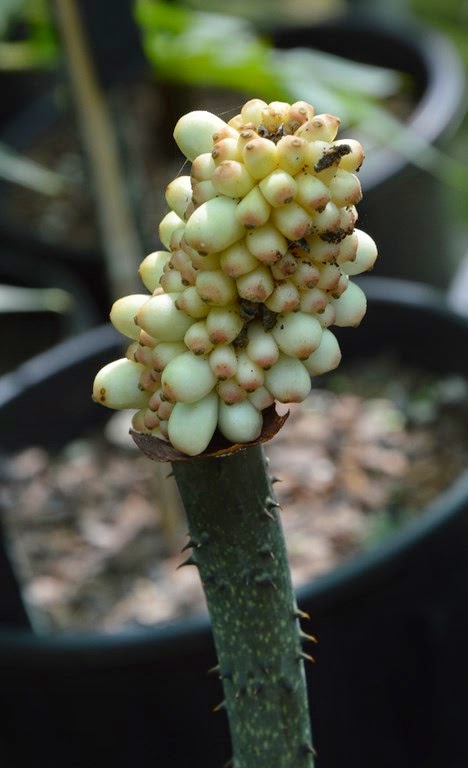 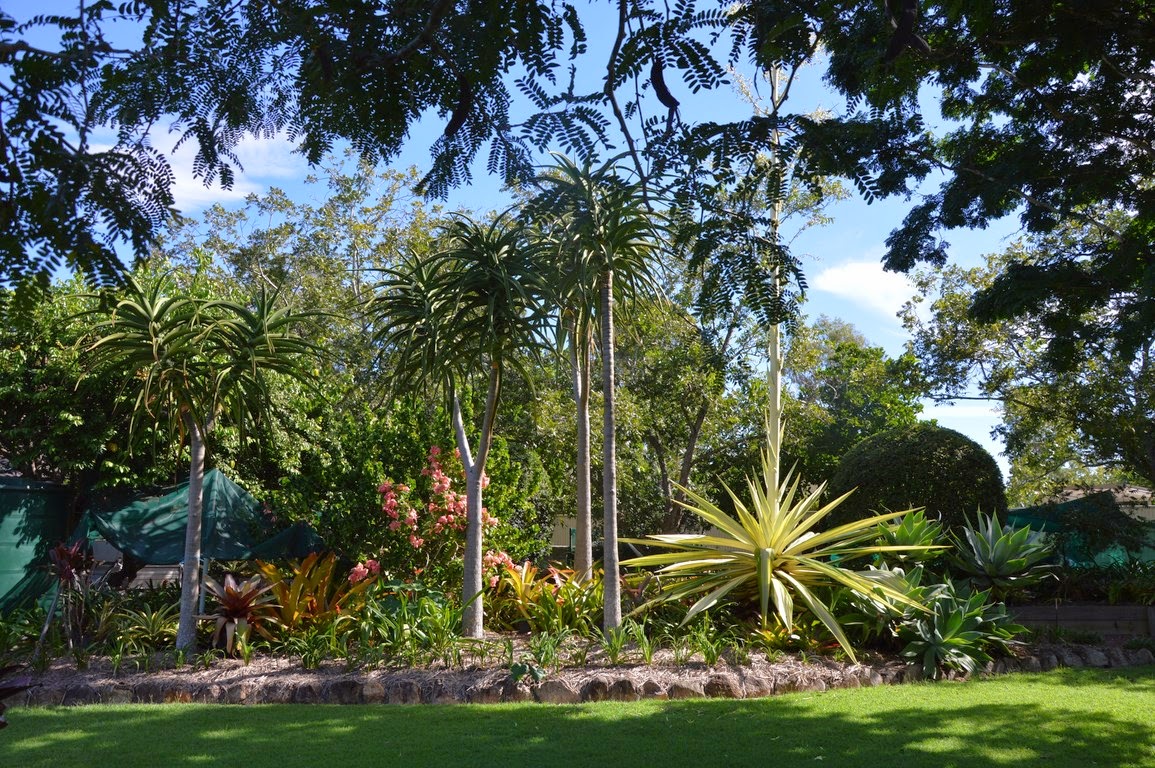 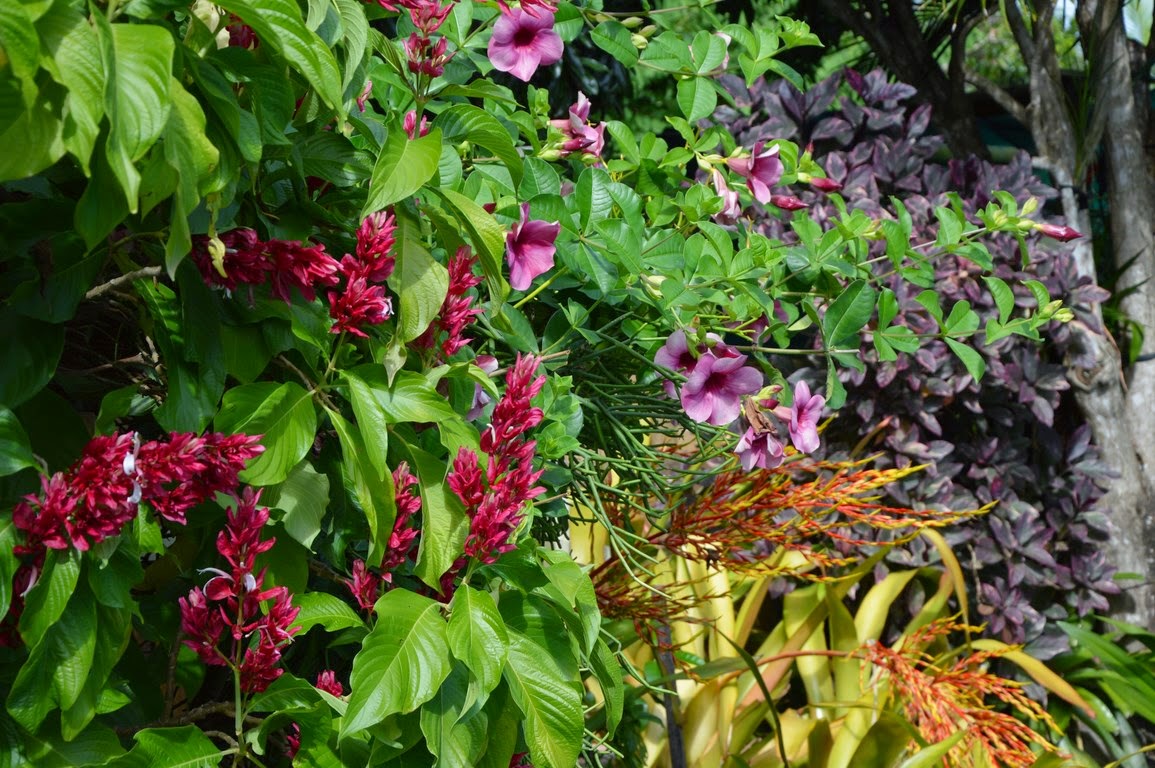 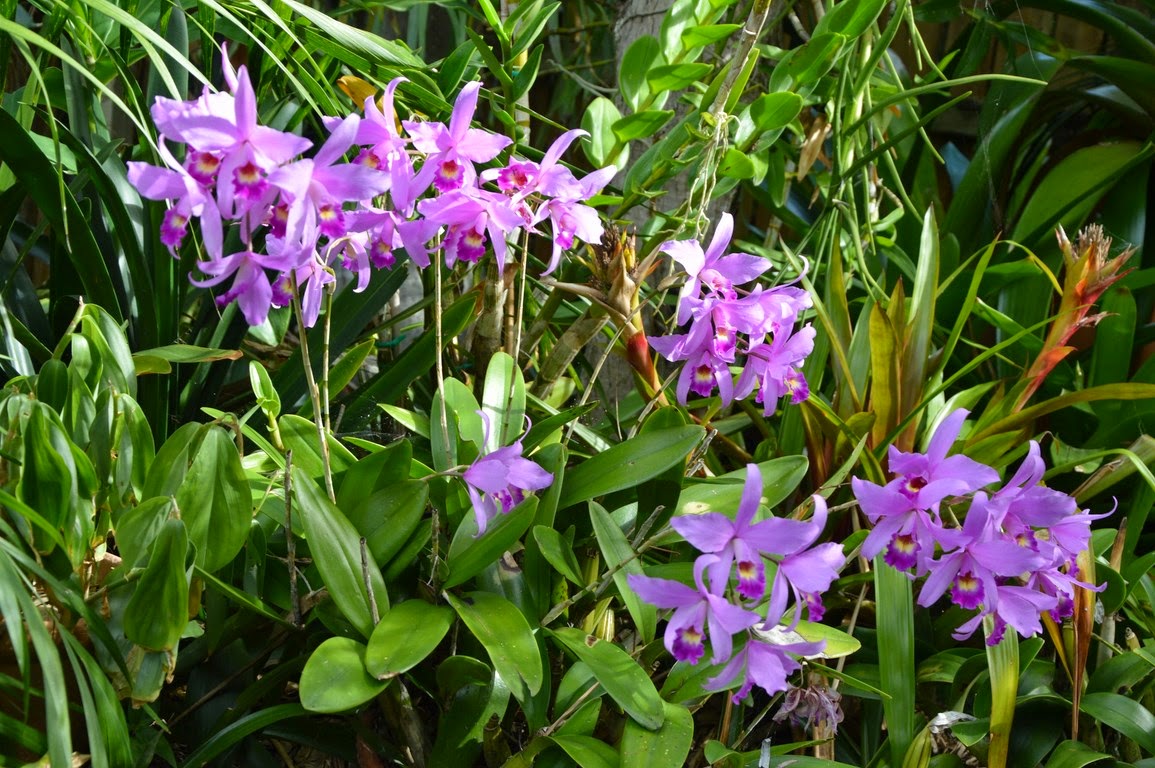 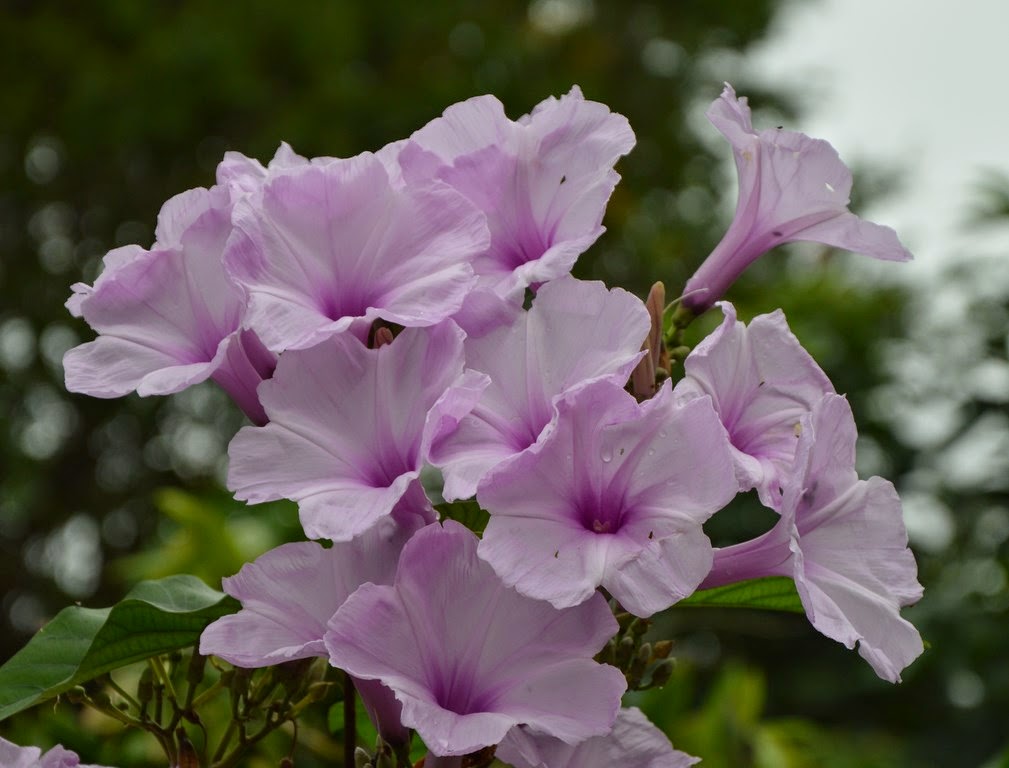 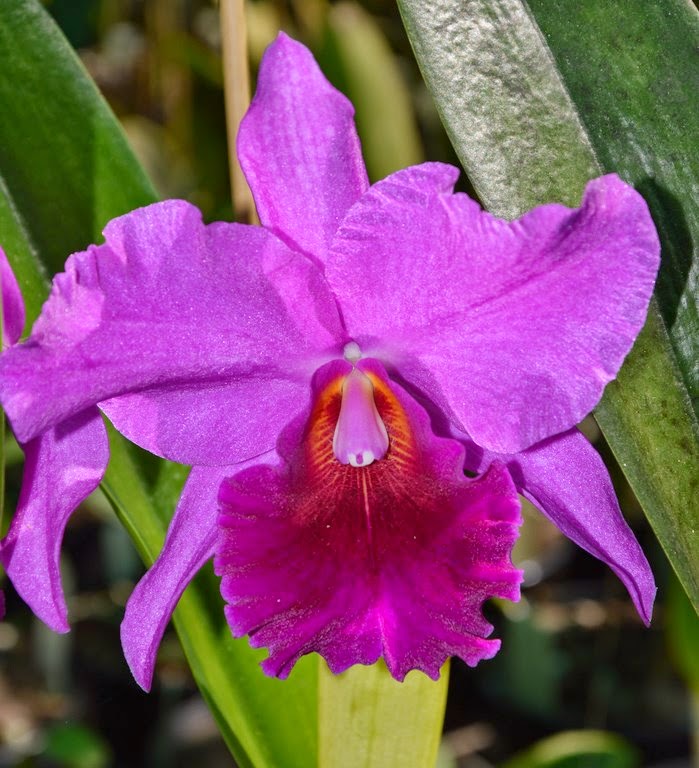 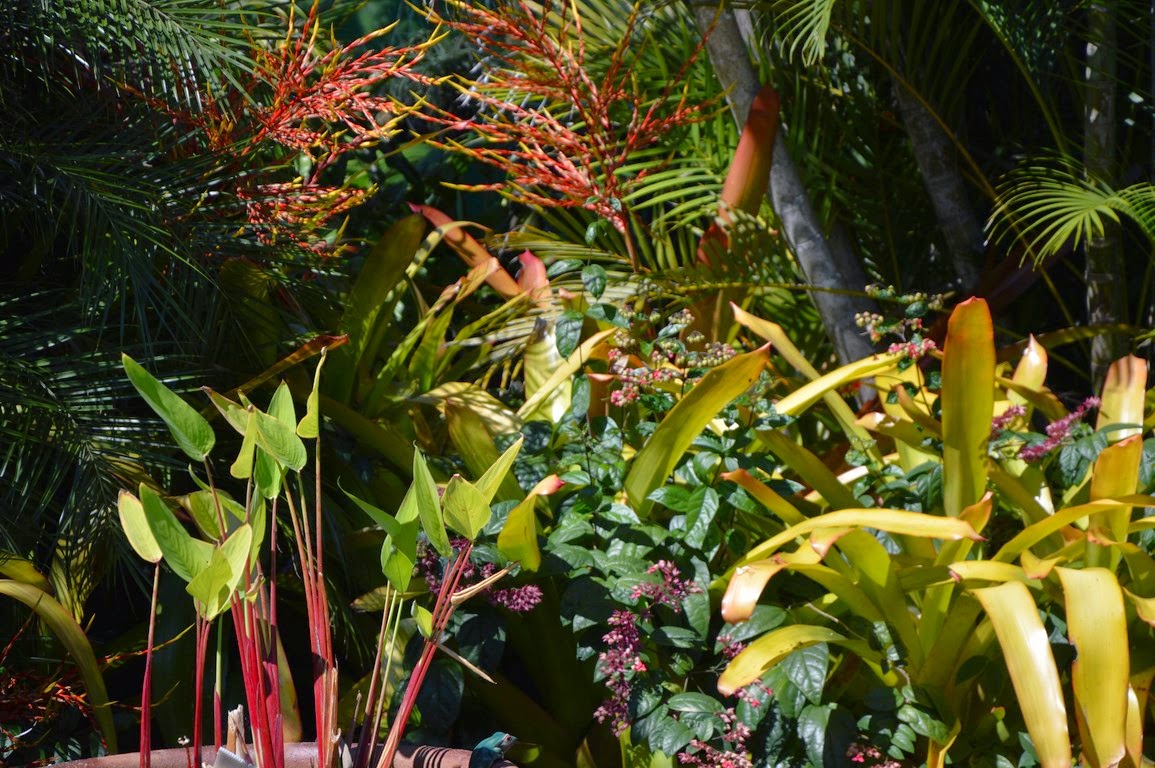 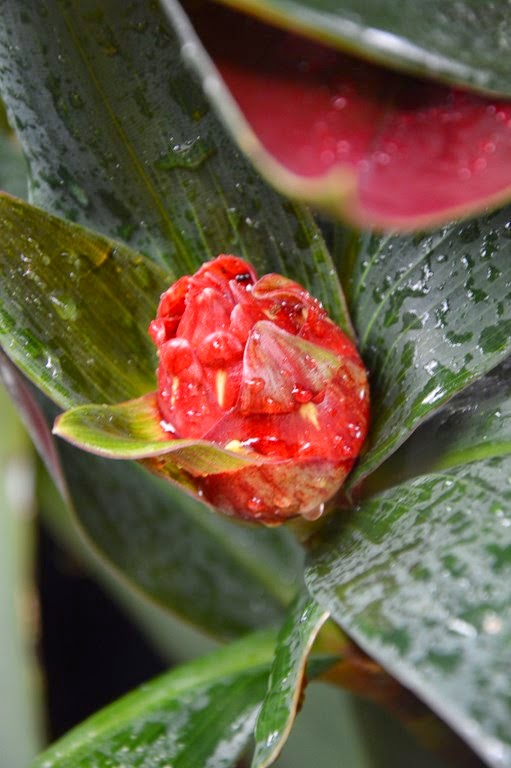 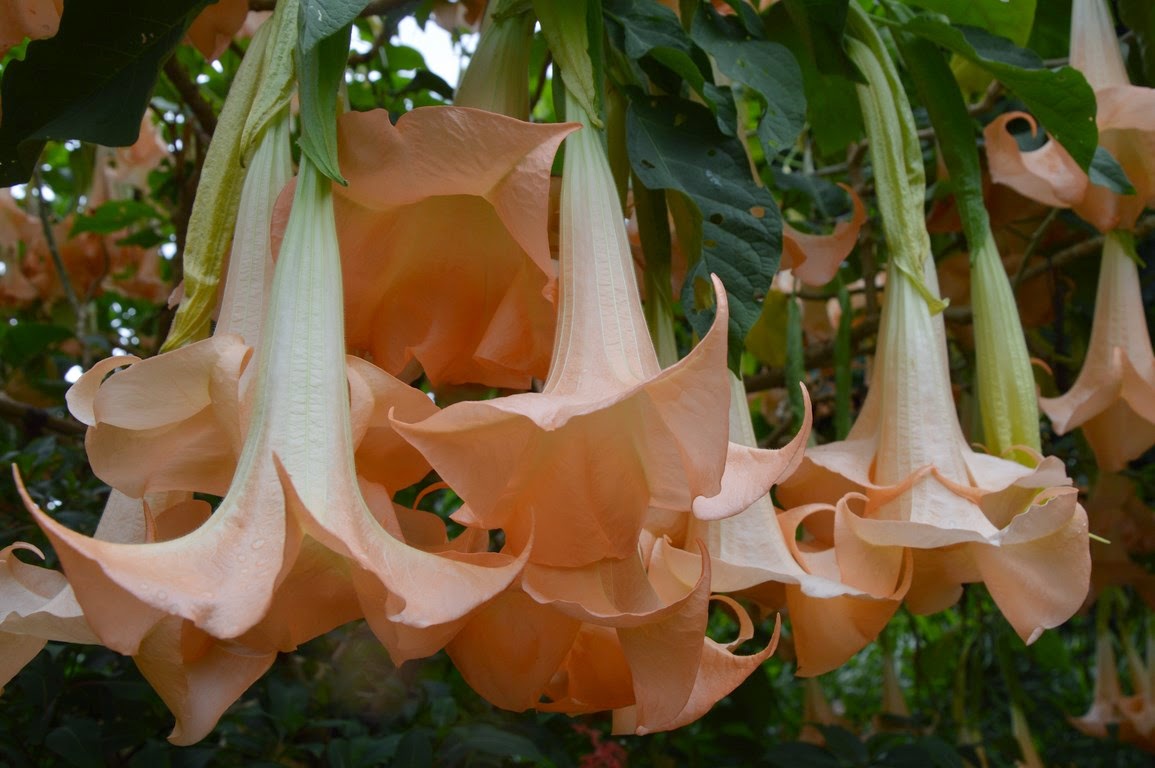 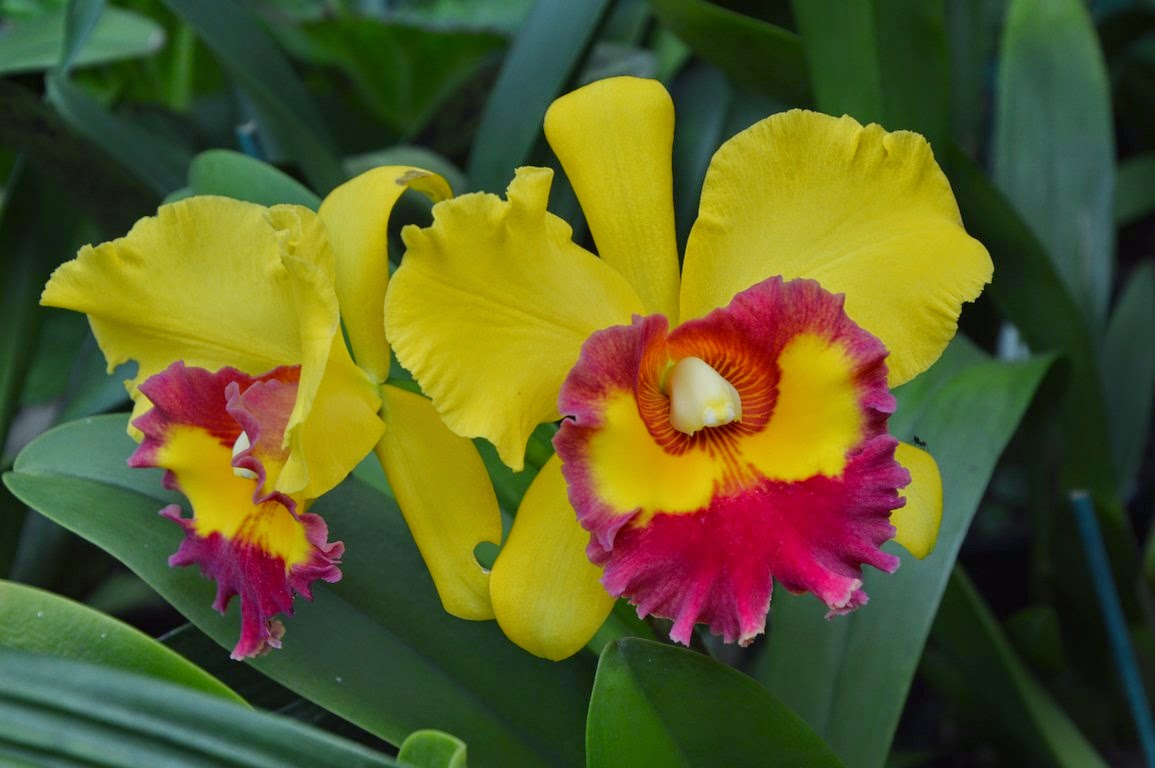 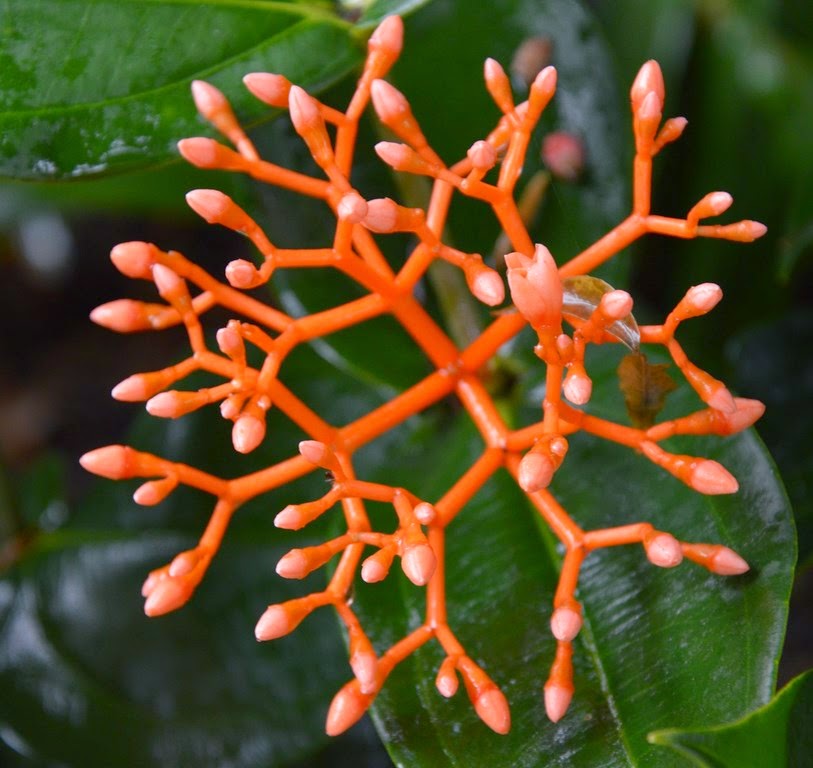 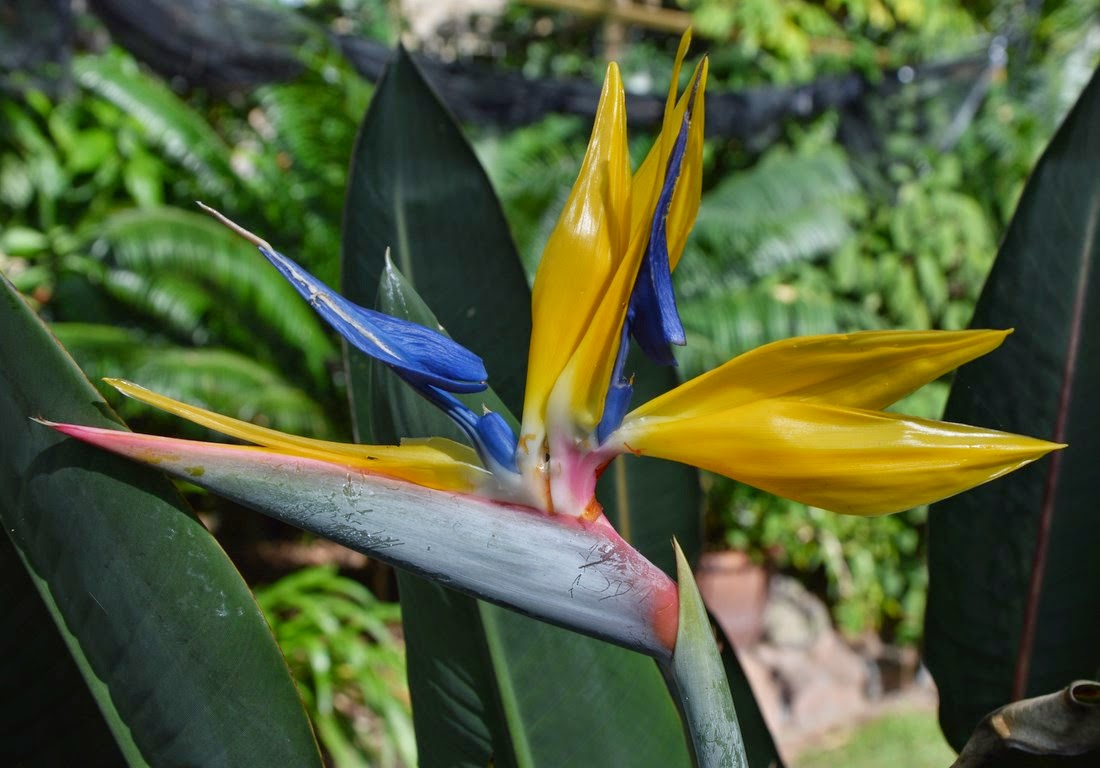 Strelitza 'Mandelas Gold'
I woke up this morning not even thinking about doing this bathroom renovation but it just happened. 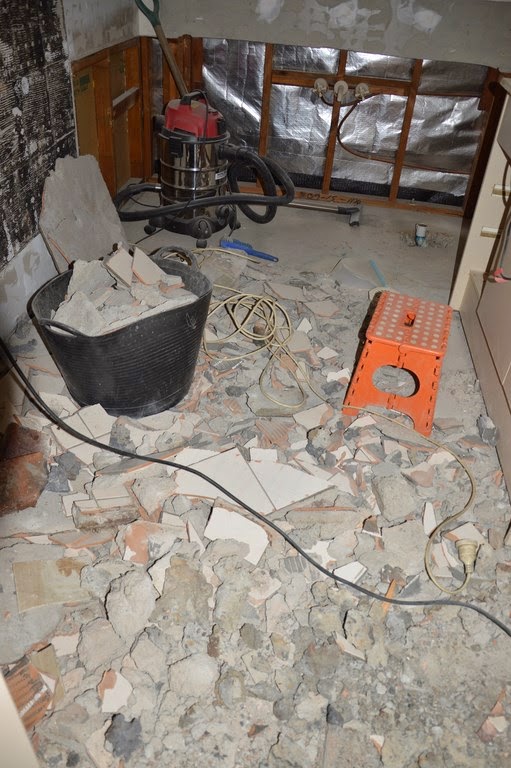 My Facebook page 'The Giving Garden' has almost reached 700 likes. 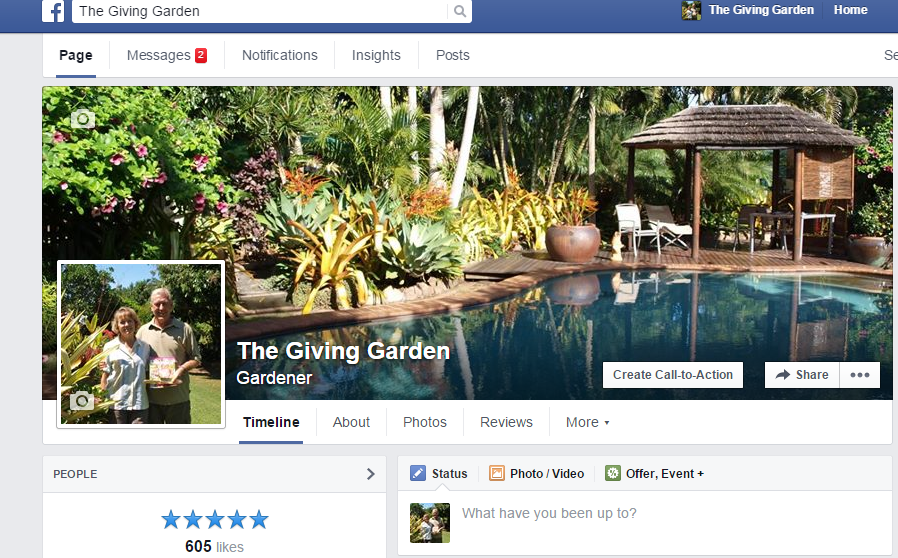