I am writing this blog today just so tired and bone weary
The last two weeks has just been one absolute mad rush.
My youngest son and his family have been touring Australia for the past 18 months and have found their little piece of paradise at Agnes Water; they have just bought a five acre block of land.
So, down they come to get their half acre Birkdale home ready to sell.
Judy and I have been helping out with the manual labour and looking after our three and four year old Granddaughters and I can tell you that is more tiring than working all day in the garden ‘but we love them to bit’s’. 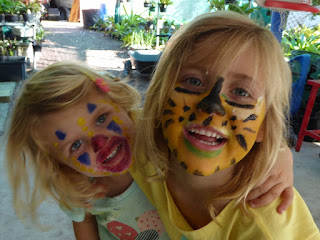 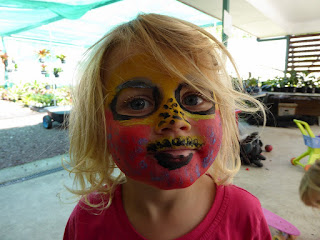 We managed to finish off the bathroom renovation by having shower screens fitted, looks fabulous. 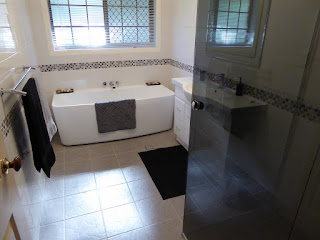 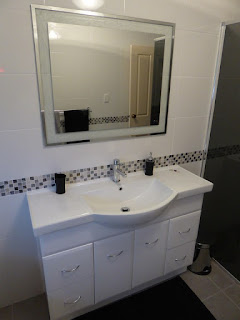 July is always an important month on our calendar as it’s the Nambour Garden Expo, to which we go every year.
We did not buy a lot of plants, but those that we did will make great addition to the garden, it was also a chance to catch up with garden friends. 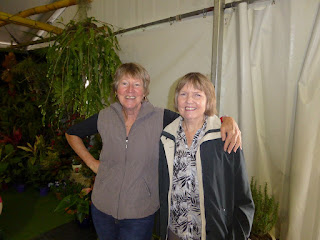 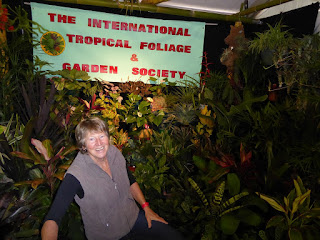 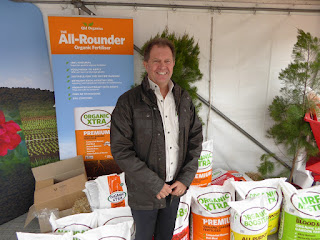 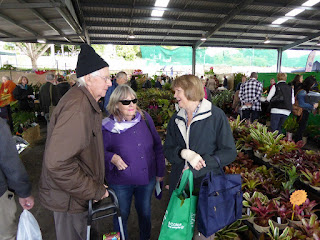 We had a bus tour from ‘Golden Downs Retirement Village’ and a trip to Boonah Garden Club to give a presentation for their friendship day. It was amazing that Boonah had over 130 people in attendance and of course great country hospitality. 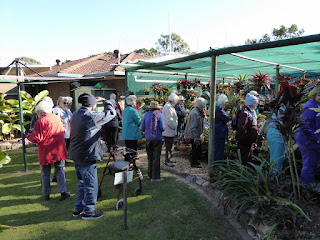 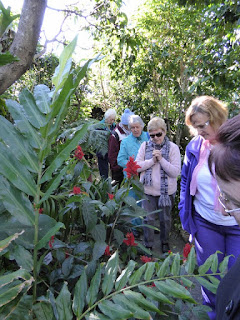 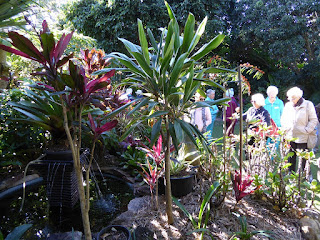 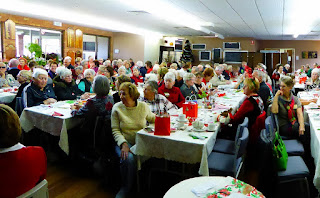 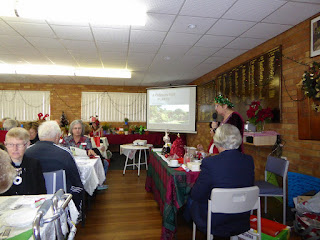 I have ripped out one of the gardens in the pool area and planted two different Heliconias in place of what I took out.
I also re gravelled the driveway with red gravel, four big trailer loads did it. 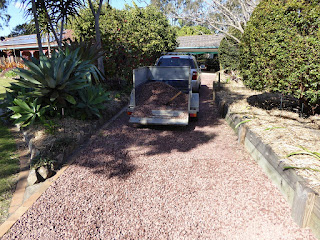 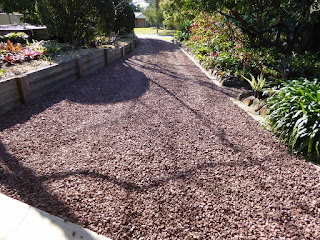 The Mauritius Hemp in the front finally lost the last of its pups and I had to chop it out, I was worried what to put in its place as it was a large area to fill, I found just the thing and here’s a photo to prove it. 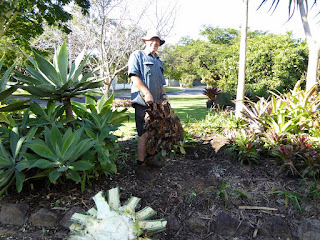 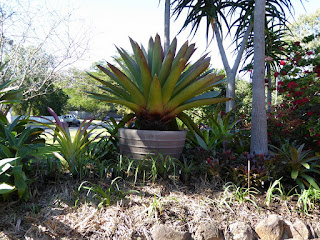 Very little rain during July and have started to water the garden by hose again, I really hate this as it takes so long. They say we are going to have a hot dry spell due to El Nino, I hope they are wrong. 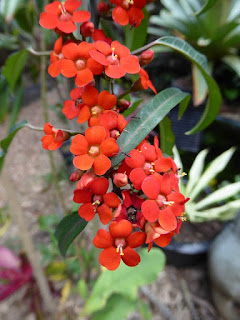 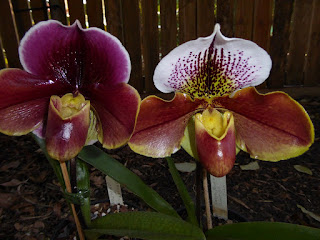 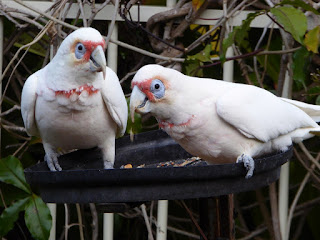 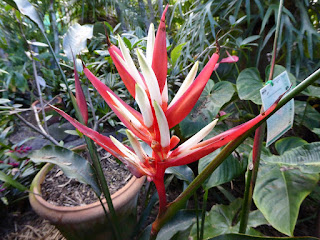 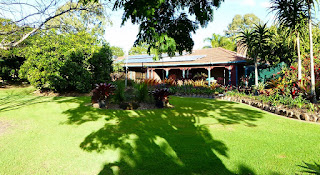 My Facebook page is going great guns with almost 900 followers. 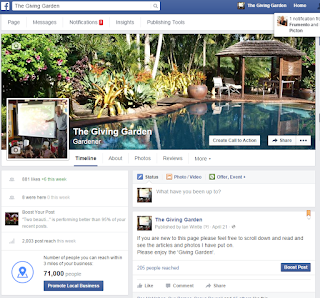